It’s difficult writing this blog sometimes because I want to be honest and, yet at the same time, I don’t want to throw my mother under the bus.  I love her, I know she loves me and I know that she’s done the best she could as a mother under the circumstances of her own life.  But that doesn’t stop me from having been affected by her “best” and having it still influence my life today. 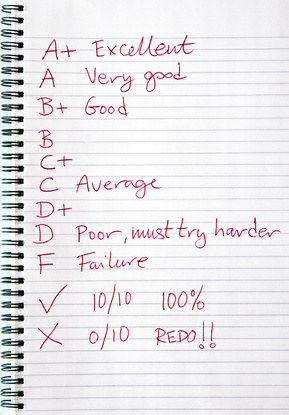 I found my mother to be very judgmental as I was growing up (ok, she can still be today too!).  I know she’d argue that point, but I’m sorry, Mom, it’s true.  I frequently felt very judged and criticized as a child and often like I couldn’t do anything right…the ”damned if you do, damned if you don’t” scenario.

Sure, I got praise and compliments, but they were very quickly negated by criticism.  This resulted in very mixed messages for me and I quickly learned to question my self-worth.  It became too easy to look to others for validation and always to strive to gain my mother’s and everyone else’s approval.  What has evolved is a person who strives for perfection, who wants everyone to like her, who needs to feel in control.  Now when I’m not “perfect” I have internalized my mother’s voice so well that even when she’s literally telling me how wonderful I am and that I did my very best, I’m beating myself up.

A great example of this just happened recently and I think it’s an extremely good lesson for me to learn from.  I started a new job several months ago and I love it.  I love the people I work with, the environment I’m working in and the job that I’m doing.  It’s a job that requires a lot of detail work and responsibility.  I pride myself on being meticulous and perfectionistic.  Then to my chagrin a couple of weeks ago, I was in a situation where, despite doing the best I could, I made a mistake.  It was something that was out of my control and that I couldn’t possibly have known, but in my eyes it was all my fault.  It certainly wasn’t a huge mistake…no one got hurt, nothing was ruined….it was just an error.  But my reaction to it was beyond what it should have been.  And I couldn’t let it roll off my back and I just couldn’t pull myself back together.

This “mistake” shook me to my very core.  My self-worth seems to be so wrapped up in being the capable, responsible one who doesn’t make mistakes.  So, then what does it mean when I make one?  In this case I was actually harder on myself than I think anyone else would ever have been.  Even when I told my mother about what had happened, she completely backed me up and said all the things to me that I really should have been saying to myself.

So, what can I learn from this experience?  First, that I don’t need to repeat things that my mom has done….just because she was so often critical and judgmental doesn’t mean that I need to be.  Second, being a perfectionist isn’t healthy…while strivin 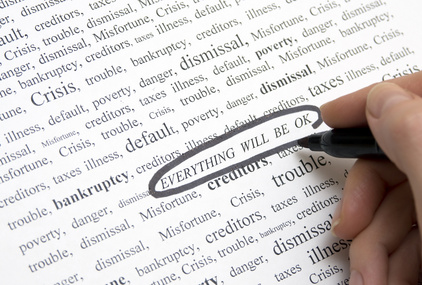 g to do a good job and trying not to make mistakes is good, bashing myself for not being perfect is not (after all, being human means not being perfect!).  Third, I can learn from my mistakes…and the biggest lesson I can learn from this one isn’t necessarily how not to make this same mistake again, but, rather, how not to react when I make another mistake in the future! Because I will make other mistakes.

As we’ve talked about on this website and in this blog often enough, forgiving yourself and being kind to yourself is a huge step in any relationship…and maybe most importantly the one you have with yourself!