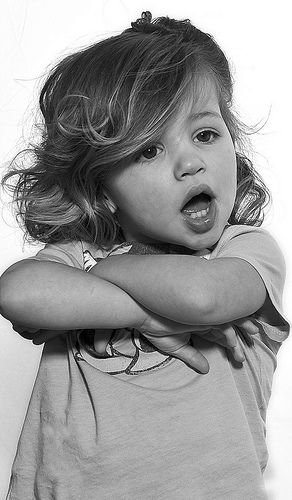 I’m not going to say that I was a bad child growing up (although some would beg to differ), but I was definitely difficult.  The day I learned how to ask “Why?” began an endless test on my parents’ sanity.  My dad had a (nearly) bottomless supply of both patience and answers for me, even when I decided that “Why?” was going to be my standard response (to literally everything) for days.  My mom, however, circumnavigated my irritating curiosity with a single, well-versed response—“Because I’m the mom, that’s why.”  The tone in her voice let me know that tacking a “why?” on the end of that was not in my best interests if I wanted to live to see age six.

Flash-forward to the present day, and I find myself explaining to my mom (for the third time this game) the rudimentary basics of playing Yahtzee.  It seems like yesterday she was teaching me how to play the game, different strategies to increase my odds of winning, and how to gamble my pennies like a pro.  Now Yahtzee serves as an irritating (painful) reminder that things will never be the same.

I became mom’s “accidental” caregiver around the time she received her Alzheimer’s diagnosis.  Mom was always sharp, and she won every battle of wits I ever witnessed her engage in.  A year or so ago, she started making little “mistakes” like calling my younger sister by my name, or getting lost coming to visit the home I’ve lived in for a decade.  The real issue became that she was often slow to recover from these memory lapses (if at all).  My sister told me that she had a conversation with mom where she told her multiple times that she was Macy, not Madison, but mom never caught on.  We had been prodding at her for months to go see a doctor and when she finally consented and received her diagnosis, I was devastated.  I watched this disease consume my grandpa, and now my fears were confirmed.

To be honest, I never considered putting mom in a home (although at times, I’m sure we frustrate each other to the point of wishing I did).  My girls are grown and my dad passed years ago—so mom and I make a pair.  Since she is still in the earlier stages of the disease, my complaints are minor—I know that the road ahead of me will be riddled with bigger monsters.  For now, we battle adjusting to having each other as roommates. I grapple with finding my authority (it’s my house, I can make the beds the way I want to) and mom fights to maintain hers (your bed looks like a horse made it—let me show you how it’s done).

Mom has rolled her dice for the third and final time, meaning that it’s now my turn.  Before I can begin my turn, mom picks up a dice and rolls for the fourth (totally cheating!) time.  “Mom—why are you rolling again? I just told you for the millionth time that you only get three rolls per turn”—(insert my exasperated “sigh” here).

Madison Hill is a freelance writer with a kreplach obsession.  When she’s not ruling (yes, totally ruling) the Yahtzee scene, you can find her scrapbooking and writing about homecare.