I had an interesting opportunity this past weekend to get a glimpse into my mother’s long-ago past.  S 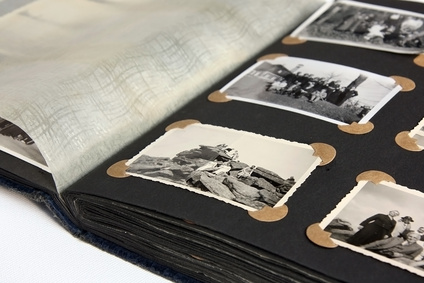 he has a friend, Beverly, who she hasn’t seen in many, many years.  She is a friend who my mom met when she was 24 years old (and Beverly was 19) and had just moved to NYC from Cincinnati, OH.  They met and quickly became friends and roommates.

Beverly was pursuing a career in the theater on Broadway while my mother had moved to New York for opportunity in the business world.  This was a rare thing in those days (the 1940’s) for a woman especially.  But my mom was unusual for her day, having gone to college and studied business (one of only a few women in her department).  Then to make the decision to come East by herself was very daring.  Even today she wonders what she was thinking!

So, she and Beverly were fast friends.  I think Beverly was fun and exciting for my mom and my mom was an intellectual with many interests which intrigued Beverly.  They were good compliments to each other.

Even once they both got married and had children, their friendship remained.  I remember going to Beverly’s house up in Chappaqua many times when I was young.  In fact, there is a house near where I live now that I drive by quite often that always reminds me of her house from back then.  How funny the way some things stick in our minds.

Theirs was a “normal” friendship with its ups and downs.  They went through a low period in their friendship at one point and stopped speaking for a time, but then the friendship won out and they picked up where they left off.  But now, so many years later, age, time, distance, has kept them from seeing each other.

So, this past weekend, my mom and I made the trek up to Beverly’s home about 45 minutes away.  I hadn’t seen her in probably 35 years, if not more, but when she opened up the door, I would have recognized her anywhere.  Her hair was grayer and her frame more frail, but that was it.

Watching Beverly and my mom together was like looking back in time.  They obviously knew each other well and reminisced about their shared past.  Several times I would turn to my mom after Beverly said something about her and say “oh, you did that back then, too, huh?”

Watching two old friends come alive again in their youth helped to remind me that my mom had a life before she became my mother.  She was once young and vibrant with the hope of the future in her eyes.  She didn’t know where life would lead her or what challenges would be put in her way.  She was just like me when I was that age … looking toward the future with excitement and naivety with friends there to join in the journey!

10 responses on “A Glimpse into the Past”