Laurie and I have been surprised that the most searched for and visited topic on Motherrr.com is the section on how to

deal with a jealous or narcissistic mother. We had added this topic thinking that it might be helpful but having no idea it was a source of such need.

Jealousy between a mother and her daughter is not something that is often discussed in a general social setting. You don’t usually hear a mother saying at a cocktail party, “I’m so jealous of my daughter, I just can’t stand it!” It seems taboo. But, yet, it may be much more normal than we think.

I can even see it in myself. I don’t have children but I have an 18 year old niece who just started her freshman year of college. I’ve had fleeting thoughts of the fact that she is young and heading into an exciting new phase of her life with her adult years and all its options opening up in front of her. I remember being her age and feeling so much lighter and freer, with fewer worries and anxieties than I do today so many years, problems and tensions later. I admit that I do feel a little jealous of her youth and possibilities that are open to her. Is that wrong?

Most mothers are heading into menopause and an empty nest wondering what will become of them just as their children are blooming and growing and gaining their independence. Their children may have many more opportunities than they had, which, on the one hand, may make Mom feel good that she was able to provide them with these opportunities, but may also create some angst that she didn’t have them herself. Isn’t it normal to feel a twinge or two of jealousy? 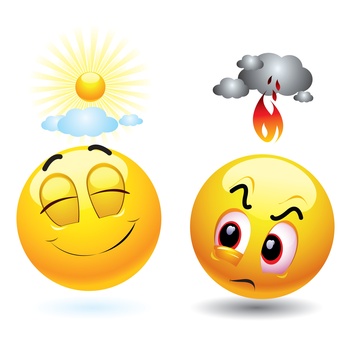 The problem arises, though, if the mother then acts on this jealousy. If she tries to hold her daughter back, sabotages her daughter, or speaks critically or in a way to provoke feelings of guilt so that her daughter feels badly about these opportunities. If the jealousy goes that far, it is no longer healthy and maybe Mom needs to talk to someone about her feelings.

I don’t have answers to this problem…I’m not a mother myself and jealousy never seemed to be an issue in my relationship with my own mother, but I’ve certainly felt jealous myself toward people and have had people feel jealous of me at times. Jealousy can be a very unhealthy emotion if felt in excess and/or acted upon.

In correct usage, jealousy is the fear of losing something that you have to another person and typically involves three people…therefore, the common lover’s triangle. It’s the insecurity, fear, anxiety over the anticipatory loss of something highly valuable to you. In a mother-daughter relationship, the mother may be “jealous” of the daughter’s close relationship with the father, for instance, or the daughter may be jealous of the attention the mother pays to her sibling.

Envy, on the other hand, is the pain or frustration caused by another person having something that one does not have

oneself and usually involves just two people although it’s possible to be envious at more than one person at any given time. Usually envy involves wanting what is perceived to be a superior quality, achievement or possession of another. In the extreme, it can also result in wishing that the other person didn’t have it either which can then lead to unhealthy behaviors toward the other person.

Using these definitions, I think that when we think of a mother having jealousy toward her daughter, it is actually envy. But what we call it doesn’t really matter if you are faced with it. It can certainly be an understandable emotion when put into the context of the mother losing her youth, beauty and opportunities just as her daughter is blossoming and going out into the world, but when a mother’s feelings turn toward sabotaging her daughter’s happiness it can damage both daughter and mother’s self-esteem as well as the relationship. What to do about it, though, if you’re faced with it is a whole other story!

3 responses on “The Green-Eyed Monster is Mom???”