Laurie and I have been working on the second episode of our new original short comedy series, Motherrr! Moments, lately. We just shot a new one the other day and the subject of sibling rivalry came up. Laurie thought I could write about the topic for this blog (after all, she’s an only child). But I wondered what I could write. See, the 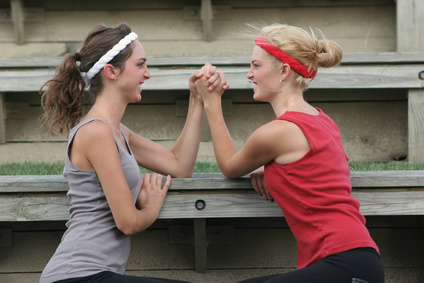 thing is, I really don’t have any sibling rivalry with my sisters. They are both older than I am…significantly enough that until recent years it seemed like I was always in a different stage of life. When they were in high school, I was a little girl. When they were in college, I was in elementary and middle school. When they were out in the work world, I was in high school and college. So I never felt any competition with them. I looked up to them and sometimes was even jealous of them – since they could do things I couldn’t yet- but never felt any rivalry.

But Laurie asked about whether I was ever compared to them by my mother. Are you kidding me??? I still hear about how I didn’t take advantage of the same opportunities they were offered that I was too, how I didn’t go to the same college they did (they both went to the same one and I went someplace else…not a worse school, just not the one they went to), didn’t become a lawyer or go to business school (I did get a Masters in Education, but that often gets forgotten when compared to their law and business degrees), that I haven’t ever gotten married (yet!). So, we don’t compete but we do get compared.

Then there are other families where the comparisons lead to fierce competition between the siblings. How does this then affect the daughters’ relationships with Mom? When something makes it into popular culture (for those of us of a certain 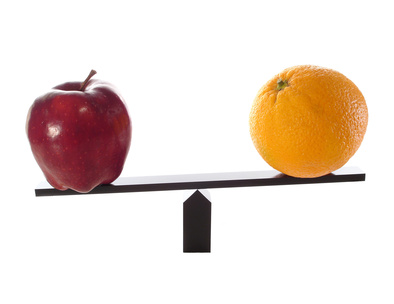 age, we remember the Smothers’ Brothers lament of “Mom liked you best”), you know it’s a common thing. As if the mother-daughter relationship isn’t complicated enough, if you add in sibling rivalry and comparisons between the siblings by Mom, you can have an even more strained situation. Why can’t moms remember that every child is different, with varying interests, skills and talents, and stop making comparisons?

So where am I going with this blog? I don’t really know. I was trying to think of any strategies I use when my mom compares me (unfavorably, that is) to my sisters, but I don’t really have any (at this point anyway…maybe I will as I give this more thought). I just tend to get defensive and annoyed. It doesn’t feel good, that’s for sure. But I’ve never taken it out on my sisters and they have never made me feel inadequate or less than in any way. It’s interesting because Laurie says that as an only, she felt she was always being compared to “perfect” since there was no one else to make mistakes besides her. I guess that’s true…while I was often compared to my highly achieving sisters, at least they were able to pave the way for me.

It’s funny because my mom doesn’t really compare me all that much to my sisters in current time. It seems to most often be things that happened 25, 30 years ago. I’ve tried asking her why she continues to bring up these things I did differently from my sisters even today so many years later. I never get a satisfactory answer. But in thinking more about it, maybe it’s because she actually does the same thing to herself…thinking about things she should or shouldn’t have done years ago when she was young. Is this just her way of dealing with the past? Maybe, then, I can just learn to let it go, give her these regrets, and move on. I can certainly give it a try.

2 responses on ““Mom Liked You Best””