“I get angry at my mother sometimes.”

That was a very hard sentence for me to write.

It makes me feel like a “bad” daughter…how could one feel that way about one’s mother?  But I do sometimes and if I understand that anger actually comes from hurt, I can look at what is really making me “angry.”

A small example:  my mother is not fussy about things, so whenever I would show her a photo she would take it in her hand and not be careful about her finger prints or crushing the corners or making creases in it.   For years I would hand my mother a photo and say, “Mom, please be careful with the photo”  and she would invariably mar my photo in some way and I would get angry and yell “You don’t care about what I say and my things and you never listen to me!”

Then I would feel awful because I just yelled at my mother over a photo!  What kind of maniac am I?

I realize that it is not unreasonable that I would prefer not to have my photos crushed (and obviously there are some other issues mixing in there too), so now when I show my mother my photos I say “Mom, I love sharing with you but I would prefer to hold the photos and show them to you.  You don’t mean to but you sometimes get prints on them and that bothers me.” And I DON’T hand her the photo! And it has worked.

I’ve learned that it is important to acknowledge feelings and to allow them to exist but not act on them. When I look at the situations that sometimes arise, I actually see that my mother can do some hurtful things at times. If I can focus on what is hurting me and get to the root of that then I can change how I deal with these situations.  This has actually been working!

Forgiving myself has been an important part of healing my mother-daughter relationship.  Sometimes I can get very angry at my mother and then I feel badly about myself and that makes me like the relationship with her less.  As I learn to accept that feeling anger towards my mother is okay, I can learn ways to deal with it…walk away, choose to keep my mouth shut, make a change, have a sense of humor.   Before, when I wouldn’t “allow” myself to admit I had these feelings and I denied them, I couldn’t do anything about them, so they would just build up.  I would then invariably end up exploding and yelling at my mother and then would feel guilty. 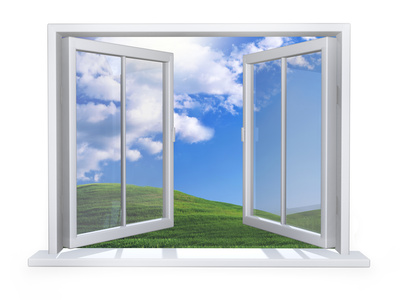 I was able to make this change by learning that not only am I not alone in getting angry at my mother but that this is the norm more often than not.  It also seems that by talking about the challenges of the mother-daughter relationship, a window is being opened and fresh air is coming in…that the “shame” and “guilt” and feeling of being alone can now fade.

It is a small thing, of course, but it represents a VERY big shift in my thinking about taking care of my feelings, being responsible, and taking steps to change how I handle situations in which I have tended to get angry.  But first I had to admit I was angry!  Then understand that it was okay to be angry.  Then look at the hurt underneath the anger.  This has all been about me.  I did this to help myself be better able to deal with the relationship.  The amazing part is that it is changing my mother too.  I guess she didn’t know how to change the situation either and just accepted that yelling was a part of our pattern.

I love my mother, she loves me and with that comes a lot of power to hurt each other…accepting that and having “I’m sorry” as a tool makes a big difference.  I can tell my mother is so relieved to have a way to change our old patterns too.

Interestingly, while I am so grateful to have learned forgiveness and to say “I’m sorry,” the biggest thing has been being able to forgive myself when I slip.

One response on “Good Daughter or “Bad” Daughter? by Laurie”