Visit NBCNews.com for breaking news, world news, and news about the economy

top
Excerpt from You’re Wearing That?

Mothers and Daughters in Conversation

My daughters can turn my day black in a millisecond,” says a woman whose two daughters are in their thirties.

Another woman tells me, “Sometimes I’ll be talking on the phone to my mom, and everything’s going fine, then all of a sudden she’ll say something that makes me so mad, I just hang up. Later I can’t believe I did that. I would never hang up on anyone else.”

But I also hear comments like these: “No one supports me and makes me feel good like my mother. She’s always on my side.” And from the mother of a grown daughter: “I feel very lucky and close with my daughter, and particularly since I didn’t have a close relationship with my mother, it’s very validating for me and healing.” 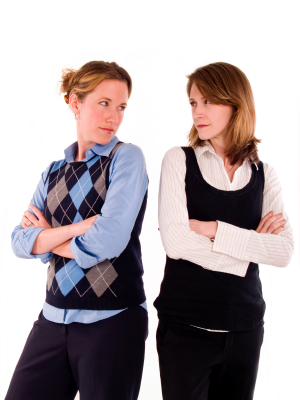 Mothers and daughters find in each other the source of great comfort but also of great pain. We talk to each other in better and worse ways than we talk to anyone else. And these extremes can coexist within the same daughter-mother pairs. Two sisters were in an elevator in the hospital where their mother was nearing the end of her life. “How will you feel when she’s gone?” one asked. Her sister replied, “One part of me feels, How will I survive? The other part feels, Ding-dong, the witch is dead.”

The part of a daughter that feels “How will I survive?” reflects passionate connection: Wanting to talk to your mother can be a visceral, almost physical longing, whether she lives next door, in a distant state, in another country—or if she is no longer living on this earth. But the part that sees your mother as a wicked witch—a malevolent woman with magical power—reflects the way your anger can flare when a rejection, a disapproving word, or the sense that she’s still treating you like a child causes visceral pain. American popular culture, like individuals in daily life, tends to either romanticize or demonize mothers. We ricochet between “Everything I ever accomplished I owe to my mother” and “Every problem I have in my life is my mother’s fault.” Both convictions come laden with powerful emotions. I was amazed by how many women, in the midst of e-mails telling me about their mothers, wrote, “I am crying as I write this.”

Best-selling author and relationship guru Deborah Tannen spent five years listening to conversations between mothers and daughters to sort through some of the friction and confusion for her latest book, You’re Wearing That?

“Mothers and daughters talk more, talk about more personal topics. That means they may be closer, but they also risk offending each other much more,” Tannen told 20/20‘s JuJu Chang.

Even Tannen, who’s had a terrifically successful career, has been offended by her mother. After she appeared on Oprah, Tannen said her mom made a comment that stung. Tannen recalled her mom’s jab: “You’re wearing that same suit? You wore that suit on the other show.” 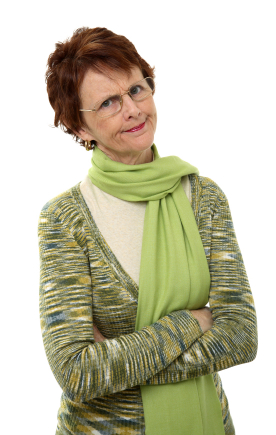 That critical comment gave Tannen a great title for her new book on mothers and daughters: “You’re Wearing That?” A woman’s appearance is a minefield, Tannen said, calling it the No. 1 flash point in the relationship. Weight, hair and clothes are the “big three” points of criticism — and sensitivity — when it comes to appearance, Tannen said.

Why is it that a mother feels free to comment on a daughter’s appearance?