Skip to main content
Home > Help Me! > Topics > Loss of Mom > The Peculiar Grief of the Adult Orphan

“After a parent dies we continue to carry their voice in our heads at some level, as an encourager or as an admonisher. Death ends a life, it doesn’t end a relationship”

Everyone knows their parents are going to die one day, but many people are bewildered by their degree of loss. John Mangan reports.

They’re the forgotten grievers, the lucky ones whose parents had a good innings, the people who after a few months or even weeks are expected to dust themselves down, put their pain behind them and get back to a normal, happy life.

Midlife orphans, orphaned adults — there’s no established term for them, yet losing your parents is one of adult life’s most significant rites of passage. And while society recognises the loss that children feel when their parents die, adults are supposed to be fundamentally different, quickly dealing with the grief of losing the people that raised them from the cradle.

If only it were that simple. Psychologists warn that the impact of losing your parents goes way beyond organising the funeral and sorting out the will. It might be the natural order of things that parents die before their children, but the sheer inevitability is no cushion to the pain, soul-searching and sheer feeling of rudderlessness that so often follows. 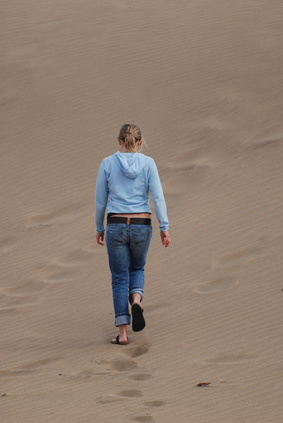 who lives in Mt Martha, lost both her parents within 10 months of each other nine years ago. “I remember sitting with my sister crying and saying to each other ‘We’re orphans now’. There was a horrible emptiness, like all our back-up was gone. I felt very alone.”

Jack, a journalist with a wire service in Melbourne, lost his mother at the age of eight. He was in his early 20s when his father died. “Dad’s death hit me very hard,” he says. “About a month after he died my brother said to me, ‘You know, we’re orphans now.’ I hadn’t thought about it in those terms till then. It made me feel really alone, like I had a huge obstacle in front of me.”

Rob, a bank officer who lives in St Kilda, was 27 when his mother died, 29 when his father succumbed to bowel cancer. “I had this great sense of loneliness,” he says. “I ended up having quite severe depression. There was a lot of reckless partying, a lot of drinking, two phases of depression of about six months. At one stage I was quite suicidal.”

Bettina Arndt, Age columnist and member of the National Advisory Committee on Ageing, says she got an “enormous shock” when her parents died one and two years ago respectively, a shock that still affects her deeply.

American author Jane Brooks was almost 50 when her mother’s death stopped her in her tracks. “For a 47-year-old mother of two to admit to feeling like an orphan was somewhat embarrassing, making me seem needy and childish,” Brooks

writes. “Especially since everyone assumed within weeks after the funeral that I was fine. I continued to work, to parent, and to go about my life. Internally, however, something was happening to me. The avalanche of emotions churning inside was throwing me off balance.”

Brooks, who has since written a book called Midlife Orphan: Facing Life’s Changes Now that Your Parents Are Gone, thought she was an unusual case until by chance she heard a woman voice similar emotions. “When I heard (her) words, I realised that perhaps my reaction wasn’t as extreme or unique as I imagined,” she writes.