Grown kids cut off communication with parents when there are problems about money, new boyfriends/girlfriends, or mom or dad remarrying. It’s quite common.

Since the time of Freud, many psychiatrists have analyzed adult patients’ problems, and they have tried to decipher how those problems were caused by parents. But, now it’s time to see things from the parent’s perspective. This article is about “parental estrangement.” It’s a phrase meaning that a child has stopped talking to his or her parents for no compelling reason. 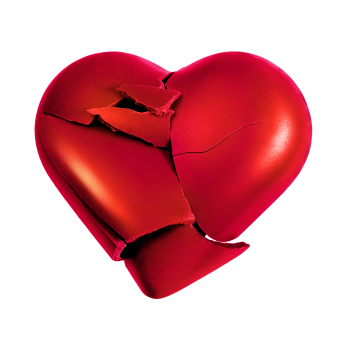 communication. However, other mothers and fathers have lost contact with their children for lesser offenses.

How many parents have lost contact with their adult children and don’t know why? No one knows. But, any parent who has been cut off by his or her child should not feel alone. Just take a look at celebrity families:

Who is in the right? Who cares? These are celebrities, not friends or family. However, in three cases, the celebrities (and the journalists) mentioned the celebrity’s broken home.

Parental Estrangement is a Silent Epidemic

While it can be interesting to see that even the rich and famous have problems, what is happening with the rest of society that prompted Joshua Coleman, a San Francisco psychologist, to write the book, When Parents Hurt: Compassionate Strategies When You and Your Grown Child Don’t Get Along? (Collins Living, 2007).

Dr. Coleman believes that parental estrangement is growing more common, even in situations where there have been no obvious signs of cruelty or trauma (such as abuse or addiction). He has heard many parents complain that their once-close relationship with their children has fallen apart over money issues, a child’s girlfriend or boyfriend, or the parent’s remarriage.

In the article, “Helping Parents Heal: A Telewebinar for Parents Who are Estranged From Their Grown Children,” Dr. Coleman reveals some common feelings of parents:

In the NYtimes.com article, “When the Ties That Bind Unravel,” Dr. Coleman explains that, “We live in a culture that assumes if there is an estrangement, the parents must have done something really terrible…But (his book) is not a story of adult children cutting off parents who made egregious mistakes. It’s about parents who were good parents, who made mistakes that were certainly within normal limits.”

Dr. Coleman probably became an expert on this subject when he experienced several years of estrangement from his own adult daughter. He got back together with his daughter with:

Many parents have done everything possible to raise their kids in what they perceive to have been the right manner, but they still face excommunication from children and grandchildren. Here are possible issues involved:

Sometimes there is no obvious reason for a son or daughter to break off communication, but it would be helpful to many families if a social scientist would study this subject. It seems that one of the risk factors is divorce. Another factor is having daughters.