Skip to main content
Home > Help Me! > Topics > Daughter as Caregiver > Early Grief and the Long Goodbye: Grieving Parents Before They Are Gone 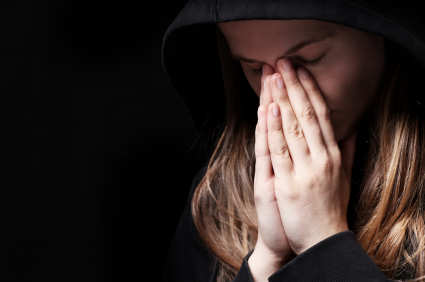 Nearly everyone involved in caring for aging loved ones is experiencing grief.  Often, however, we’re not aware of this grief.  We have a parent who used to be strong and capable begin to ask for a little assistance.  No big deal, right?  We’re happy to help.  But underneath, often unnoticed, there’s a knot in our hearts.  We’re grieving the loss – the loss of function that made our parent need to ask for help.  Weren’t they the ones who helped us?  Weren’t they the ones in charge?

Generally, these changes are subtle, the grief sneaky.  I remember watching my parents age in the normal fashion.  I’d occasionally look at them and be startled by the realization that they were aging.  But that was all I acknowledged.  I never intentionally thought about loss and pain.  It dwelled beneath my consciousness.

Then my dad had brain surgery to drain away fluid buildup from a World War II injury.  He went into surgery knowing that if he didn’t have it, he would eventually live with terrible confusion.  He came out of surgery totally demented.  The combination of his age and significant scar tissue, I suppose, was to blame.  Whatever the reason, our family was a victim of one of those things that only happens to “other people.”

We were suddenly thrown into a frenzy of action.  There was so much to be done; there were so many decisions to make. What was best for Dad?  For Mom?  I became the primary caregiver, immersing myself in the task of making Dad’s existence worthwhile.

Whatever he imagined was happening, I did my best to make it so. When he was waiting for his medical degree to arrive, I made sure one did (my version looked pretty good, too, hanging on his nursing home wall.). I became his office manager. His music director. Whatever he needed, I did everything humanly possible to provide.

I had several other elders to cope with, as well as a son with chronic health problems.  I didn’t have time to think of myself. Now, I look back and see what I did to myself.  If I had a good friend going through all I was enduring, I would have been offering to help.  I would have recognized that she was grieving the loss of the father she’d known.  I would have pressed her to do some things to take care of herself.  I would have suggested counseling.