Maintaining a sense of conscience is essential to being a healthy living person that maintains responsibility for one’s actions and lives in accordance to one’s values.  A manner in which we experience and sustain a sense of cons 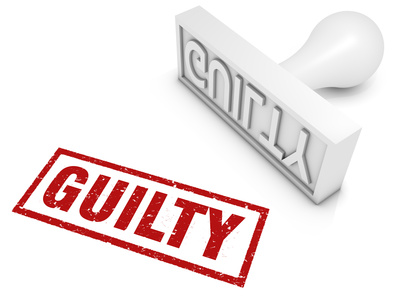 cience is by experiencing guilt.  As with all aspects of people’s lives, moderation and balance are critical.  Any emotion that consumes one can wreak havoc on people’s lives.  Guilt is one of those primary emotions that can be very helpful when experienced and channeled appropriately.  For those that have been enslaved by their unreasonable guilt, they can understand the poisonous effect it can have on one’s life.  The guilt can sit and simmer until it erodes an individual’s sense of self.  A memory involving guilt can be replayed in one’s mind as a broken record that continuously repeats itself and only frustrates those listening.  Guilt has to do with feeling bad about something one did that is in opposition to our values. This essential emotion drives us to engage in prosocial behavior.  However, an overly punitive conscience that uses guilt as a weapon to control and defeat can be toxic to one’s emotional and mental health.

For this reason, it is paramount that we understand the root of guilt and the type of guilt that is being experienced in order to effectively deal with the guilt.  Guilt is an emotion that can weigh heavily on one’s spirit and drain one of the joys of life. It can also influence the important choices people make.  Given guilt’s massive impact on who people are and what they do with their lives, it is imperative that people adequately address guilt in a fashion that will help rather than hinder their identities and how they evolve as human beings.  Carrying guilt is detrimental to one’s health.  It keeps people frozen and stuck.  Knowing where guilt comes from allows people to consciously deal with the guilt by making amends for something, processing the guilt or letting it go through forgiveness.

Guilt may manifest itself in several ways:

1. Natural Guilt: or remorse over something that one did or failed to do.
2. Free-floating/Toxic Guilt: The core feeling of not being a good person.
3. Existential Guilt: the uncomfortable feeling that is derived from the injustice that is observed in the world
and one’s indebted responsibilities to life in general.