Skip to main content
Home > Help Me! > Topics > Guilt > Healthy Ways to Deal With Guilt: 22 Tips for a Cleaner Conscience 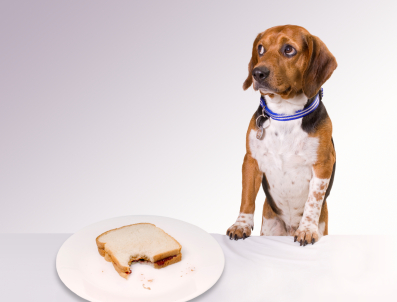 Actually, “guilt” comes from an Old English word that meant “delinquency.” Today Merriam-Webster’s Collegiate Dictionary defines it as “feelings of culpability, especially for imagined offenses or from a sense of inadequacy; self-reproach.” It’s a revealing definition — nowhere does it say that guilt is related to things you actually did wrong.

Sometimes you should feel guilty (if you’ve done something morally wrong, committed a crime, or intentionally hurt someone). But if you’re  like most of us, you walk around feeling guilty because of all the “shoulds” that come into your life — that is, the things you didn’t do. That’s not only bad for your mental and physical health, but completely unfair to you. Here’s how to shed some of that guilt:

1. Above all else, learn to forgive yourself. If feelings of guilt haunt you, take some concrete steps to end this self-inflicted punishment. First, list the things you feel guilty about. It could be something stupid you said recently, an act of cruelty you did to a sibling in your childhood, or a detrimental personal habit that has hurt your relationship with a loved one. Then ask, How can I forgive myself and let it go? Perhaps it’s prayer, writing a letter, having a talk, making a charitable donation, or committing to a personal change. Often it’s merely having the courage to say, “I’m sorry.” Then do what it takes so you can honestly, finally forgive yourself. You’ll be amazed at the lightness and freedom doing this can bring.

2. Set a no-guilt-allowed rule whenever you go on vacation or do something just for yourself. Often women do not experience vacations, breaks, and other relaxing activities as stress-relieving because they feel guilty that they are not doing more productive things, says Larina Kase, Ph.D., a psychologist at the Center for Treatment and Study of Anxiety at the University of Pennsylvania. Tell yourself that you are taking a break and doing it for a reason (improved health, decreased stress, etc.) so there is no reason to feel guilty. As soon as you hear yourself say, “I should be…” remind yourself why you are choosing not to do that. Make sure anyone you’re traveling with knows about the no-guilt rule too.

3. Take five minutes in the morning to feel guilty. Then either do what you’re feeling guilty about (e.g., call your mother) or forgive yourself for what you did that you shouldn’t have done, knowing that you’ve learned your lesson and won’t do it again, says Rebecca Fuller Ward, a therapist in Little Rock, Arkansas, and the author of How to Stay Married Without Going Crazy.

4. Correct a mistake rather than feeling guilty about it. For instance, if you’re feeling guilty because you went shopping on Saturday instead of visiting your mother in the nursing home, take time out of your schedule midweek for a visit. Many times, the things we feel guilty about are relatively easy to make right.