You’re a mother of a daughter you adore.  You would do absolutely anything for her.  While she is off socializing with her friends, occupying herself with hobbies, and toying with ideas of what she wants to become, you have the pleasure of sitting back and watching her grow.  Thoughts that she has her whole life ahead of her may cross your mind.

What could be lurking underneath those thoughts? 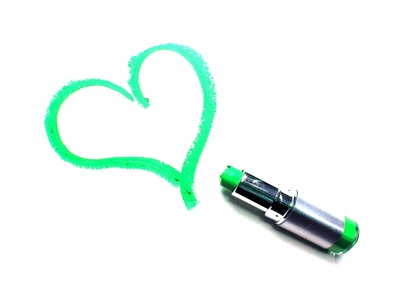 If she has her best days ahead of her, what does that mean for you?  Are your best days behind you?  While your life revolves around responsibilities, hers is so free.  And she has so many opportunities!  Opportunities you never had.

Of course you have willingly done everything possible to give her those opportunities, yet the fact remains that you never had them.  Maybe you day dream about what you would have done with all of those resources at your finger tips or even how your life would be different if you waited longer to have children.  When you catch yourself in these thoughts, maybe a pang of shame comes up – how could I be so ungrateful for what I have? After all, if you would have done things differently, you wouldn’t have your family.  And you love your family more than anything.  How could you possibly think such things?

It is a natural tendency to compare ourselves to other people, especially those who are similar to us.  After all, what is the sense in comparing apples and oranges?

When you are a lot like someone else, your attention is called to the relatively minor differences between you.  If the differences happen to be in areas you value, you’re particularly likely to measure yourself up.

As for your daughter, she’s probably one of the most similar people to you on the planet, just younger and with more freedom.  She may even look, talk, or laugh like you.  With all these similarities, it is probably hard not to compare yourself.

What if you fall short?

What an awful feeling.  Maybe you end up experiencing a mixture of inadequacy, injustice, and a longing for something more.  Or in a word, envy.

But labeling this experience as envy, especially as it is directed towards your own daughter, can be so shame-inducing.  It may feel better to just not address it at all.  So what might we do instead?

One option is brooding about how the world isn’t just.  The problem is that by doing this as a mother, you run several risks.  Nurturing frustration about not being able to attain whatever it is you want, can easily turn into resentment towards your daughter.  In turn, resenting your daughter could lead to some pretty problematic behaviors.

The possibility certainly exists that a mother harboring resentment may be cold or even outright mean to her daughter when it is not warranted.  For instance, when a daughter’s heart is broken, a resentful mother might say something like “I don’t know why you’re acting so stupid.  You’re too pretty and young to be upset about a boy.”

This can really rupture a mother-daughter relationship.  Saying something very critical, especially when a daughter expects to be comforted, might make her feel a whole lot worse.  Her trust in mom diminishes.  And the damage may not stop there – this could teach her that it is not safe to express her emotions to anyone.  Why confide in someone you’re close to if it will only make it worse?

It is also not beyond the scope of possibilities that an envious mother could harshly punish or overly restrict her daughter.  Certainly all mothers do not do this, however, one could place unnecessary restrictions on a daughter’s social life, activities, or even what she is allowed to wear.  But these unfair rules may not serve to shape a well-behaved daughter!  Just like a resentful mother could hurt her daughter, a resentful daughter could cause some real trouble. 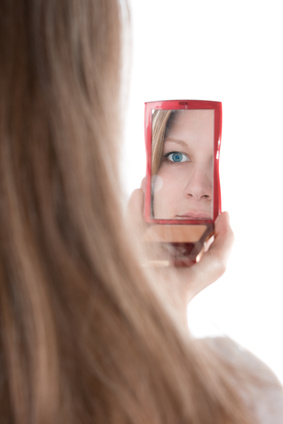 The thing with envy is that it generally drives people to hurt their targets, even at their own expense.  So while a mother knows her restrictions will drive her daughter to act out, the harsh rules are enforced anyhow.  This only hurts the family.

Typically with envy, ideas that injustices exist and must be corrected become rationales for really hurtful behavior.  For example, if a friend at work gets a promotion, you may convince yourself it isn’t fair, which would then serve to justify your nasty attitude towards her.  With teenage daughters of envious mothers, perhaps their complaints about an eight o’clock curfew are reasonable.  It is the mother’s response, “Well, life just isn’t fair,” that is more problematic, as it serves to justify harsh actions.

Although a mother may rationalize an envious act or thought in this way, she may be experience some shame nonetheless – she gets the sense that maybe something isn’t quite right.  While an envious mother’s shame may naturally dissipate, sometimes it may only subside after mentally beating herself up.  Thoughts might cross her mind like “I’m such a horrible mother!”

But having these types of thoughts after being overly harsh, may only make the envy cycle worse.  After mentally berating oneself, overly punitive actions towards the daughter may suddenly become morally absolved. While it may decrease a mother’s sense of shame in the moment, it becomes acceptable to repeat the same hurtful actions later, just so long as she properly punishes herself after.  The problem is that one’s daughter is continually being emotionally harmed, not to mention the mother-daughter relationship.

On top of that, after feeling badly about mistreating her daughter, a mother could be more inclined to overly apologize or make too many allowances for behavior that would be reasonable to restrict, perhaps mainly to soothe their own anxieties.  But after the shame wears off, thoughts that life isn’t fair return, and the cycle can repeat.

How does a mom quit feeling envy?

1. Work on your sense worth.

Sometimes we get so caught up in caring for everyone else that we forget to care for ourselves.  But you and your family will benefit from your contentment.  A cause of “not feeling good enough” could come from setting unrealistic standards that are impossible to keep up with.  If this resonates with you, pick up When Perfect Isn’t Good Enough. It is a fantastic resource I use with my own clients.

2. Manage your own feelings of anxiety and depression.

Whether or not you hold yourself to high standards, you may be experiencing anxiety or sadness that interferes with your life.  My favorite books for helping with anxiety and sadness are The Worry Cure and Beating The Blues.

Since you and your daughter are so similar, it is only natural to compare yourself to her and feel some envy.  Have some understanding and compassion for yourself!  But because having self-compassion is easier said than done, practice is helpful.  Some great books include The Compassionate Mind and The Mindful Path to Self-Compassion.

4. Increase your awareness of times you are harsh.

While it could be the case that you’re intentionally harsh in an effort to toughen your daughter up for the real world or because you think she deserves it, perhaps there is an undercurrent of mother-daughter resentment pushing you to impulsively snap.  Becoming more mindful of this process, and your thoughts in general, is advisable.  Personally, I hone my own mindfulness skills by using yoga as an opportunity to practice a moving meditation – meaning, I don’t practice yoga for the exercise, but as a chance to hone my ability to be aware of my thoughts.  Other ways you can practice mindfulness, as well as self-compassion, are through sitting meditations like the ones offered at http://www.mindfulselfcompassion.org/.

Make an active effort to avoid any types of parenting practices that are overly punitive.  Even keeping a simple log of how many times you were impulsively harsh may decrease the amount of times you do this in the future. Notice what your triggers are – perhaps not getting enough sleep, missing meals, drinking alcohol, or taking certain types of medication make you more prone to this.  Reduce all vulnerability as much as you can.  Also, planning out standard parenting practices to implement in different situations ahead of time may be useful, so you have a default other than creating punishments based on how you feel in the moment.

If a tendency to hold yourself to high standards, feel inadequate, be overly harsh, anxious, or depressed is interfering with your daily life, a psychological treatment shown by research to actually be effective – Cognitive Behavioral Therapy (CBT) – may really work for you.  Find a provider near you at www.abct.org.

Taking the time to work on yourself may not only improve your life, but your daughter’s sense of well-being. Instead of mindlessly being caught in a cycle of mother-daughter resentment, take some action to improve your relationship.

Visit the author’s website at www.taradeliberto.blogspot.com to learn more.