Skip to main content
Home > Help Me! > Topics > Forgiveness > How To Forgive

How to Forgive
WikiHow.com

One of the thorniest and most difficult things we humans are ever called upon to do is to respond to hurtful acts with kindness, and to forgive the unforgivable.  We love to read stories about people who have responded t 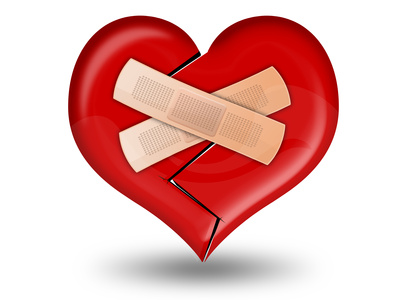 o hatred or toxic behavior with love, but when that very thing is demanded of us personally, our default seems to be anger, angst, depression, righteousness, hatred, etc.  Yet study after study shows that one of the keys to longevity and good health is to develop a habit of gratitude and to let go of past hurts.

Want to live a long, happy life?  Forgive the unforgivable.  It really is the kindest thing you can do for yourself.  The person who hurt you (maybe your mother) may not deserve to be forgiven for all the pain and sadness and suffering inflicted on your life, but you deserve to be free of this toxic behavior.  As Ann Landers often said, “Hate is like an acid. It destroys the vessel in which it is stored.”

1. Realize that the anger you feel toward your mother is more harmful to you than to her.  “Resentment is like drinking poison and waiting for it to kill your enemy.” – Nelson Mandela.

2. Understand that the best revenge is to live a successful and happy life.  Show your mother, and show yourself (and the world), that the obstacles she created were not significant enough to disable you.

3. Realize that the second best revenge is to turn the toxicity into something good; to find the proverbial silver lining in the dark cloud.  Think of your mother as someone who has helped you to grow.  Even though unfortunate things happen to us, the best thing we can do is take those opportunities as tests that will either destroy or strengthen us.  If you’ve been through something, it didn’t destroy you – take what you learned and become a better person because of it.

4. Make a list of the good things that emerged as a result of this negative experience.  You’ve probably focused long enough on the negative parts of this experience or relationship.  Look at the problem from a completely new angle; look at the positive side.  The first item on that list may be long overdue because you have focused on the negative for so long.  This won’t be easy.

5. Look for the helpers.  Fred Rogers (Mr. Rogers) related that, as a little boy, he’d often become upset about major catastrophes in the news.  His mother would tell him, “look for the helpers.”  In your own experience, think back to the people who helped you.  Think about their kindness and unselfishness.  Practice what you have learned from them.

6. Look at the bigger picture.  Was someone your “Good Samaritan”?  In this biblical story, a traveler happens to come across a poor soul who was beaten up on the road to Jericho and left for dead.  It’s a lot easier to play the part of the Good Samaritan than to be the poor soul who is left bleeding and bruised on the side of the road.  Perhaps this isn’t all about you.  Perhaps your trial provided an opportunity for others to rise to an occasion to provide you with help and support.

7. Be compassionate with yourself.  If you’ve ruminated over this relationship for a long time, steering this boat into a new direction could take some time, too.  As you try to make a new path out of the dark woods of this old hurt, you’ll make mistakes.  Forgive yourself.  Be patient and kind to yourself.  Extreme emotional pain has a profou

nd effect on the body.  Give yourself time to heal – physically and emotionally.  Eat well.  Rest.  Focus on the natural beauty in the world. Give yourself permission to feel the emotions and process them.  Don’t bottle up the pain.

9. Learn how to balance trust with wisdom.  It’s a fact that not all people are trustworthy with your emotions. Painful memories can serve to protect us from future hurts.  As author Rose Sweet writes, “A lack of trust is sometimes simply recognizing another’s limitations.” 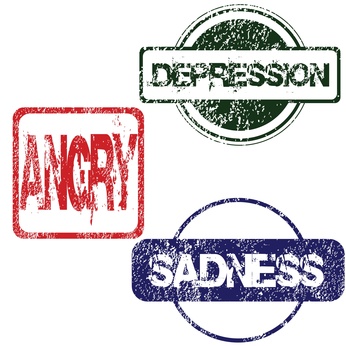 n into the ground that keeps you from moving away from this hurt.  Rather, forgive your mother because it’s the kindest thing you can do for your friends and the rest of your family.  Negativity is depressing – physically, mentally, spiritually and emotionally.

11. Tell “the story” from your mother’s perspective.  Actually imagine that you are your mother and use the word “I” when saying what she would say.  You, most likely, don’t know exactly what she was thinking when this event or events unfolded but pretend that you do, and just go with the story that comes up in your head.  Sit down with a friend and tell the story as though you are your mother.  It is important to do this verbally and not just in your head.  Realize in advance that this is not an easy exercise, but it holds great power.  Your willingness to tell the story from your mother’s perspective requires an effort at forgiveness.  Also, realize that this is not a contradiction to the preceding paragraph since this perspective will change your story.

12. Retrain your thinking.  When your mother and her hurtful actions come to mind, send her a blessing.  Wish her well.  Hope the best for her.  This has two effects.  One, it neutralizes that acid of anger that destroys the vessel in which it is stored.  These bad feelings we wish toward another seems to have a rebound effect.  The same is true for the good that we wish for another.  When you make yourself able to return blessing for anger, you’ll know that you’re well on the path to wholeness.  The first 15 – or 150 – times you try this, the “blessing” may feel contrived, empty, and even hypocritical but keep trying.  Eventually, it will become a new habit and soon thereafter, the anger and pain that has burned in your heart will evaporate.  This technique forces your mind to overcome the cognitive dissonance between hating someone and acting with compassion toward them.  Since there is no way to take back the kind gesture to agree with your anger, the only thing your mind can do is change your belief about the person to match. You will begin to say to yourself, “She is deserving of a blessing, and indeed, must need one very much.”

13. Maintain perspective:  While the mean actions of your mother are hurtful to you, the rest of the world goes on unaware.  Validate their meaning in your life, but never lose perspective that others are not involved and do not deserve anything to be taken out on them.  Your mother is/was someone else’s beloved child, spouse, etc.