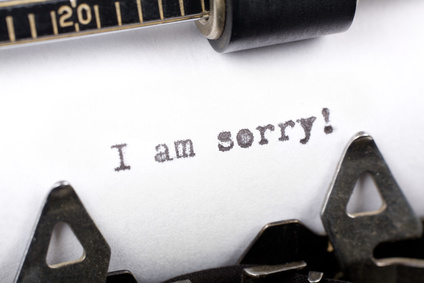 How do you handle a situation in which you say something hurtful or inappropriate to your spouse or child? When you are off base in how you react to your child even if provoked? When you receive aninsincere apology from a family member?

We all at one time or another behave inappropriately or in a hurtful manner toward people we love. We may also be on the receiving end. Generally, these actions are not intentionally meant to harm the other person.

There may be temporary lacks in judgment that are not truly representative of how we, or the other person, feel.Communication between family members can then become emotionally charged. Relationships that hold many negatively charged feelings, with no repair, can become toxic and distant.

The good news is this part of growing and learning. When we feel regret for our misdeeds, we can take what was once wrong and make it right again.

This subject of apology came to mind recently when I was speaking with a mother who told me how her daughter revealed how she had been hurt by her. The mom lied to her daughter, saying she didn’t remember the situation where she had been judgmental and dismissive of her daughter’s school performance. The mother felt stuck.

She had remembered what happened and had to grapple with how to apologize for her critical tone without hurting her daughter further. It was also important that mom own up to the lie she told her daughter, which was made out of a wish to protect them both. I appreciated this mother’s struggle in several respects. Her daughter’s hurt and resentment had increased an emotional distance that already existed between them. It was similar to this mother’s cool relationship with her own mother. A part of mom wanted to change this generational pattern of distance; another part of her wanted to let things be. A third part felt 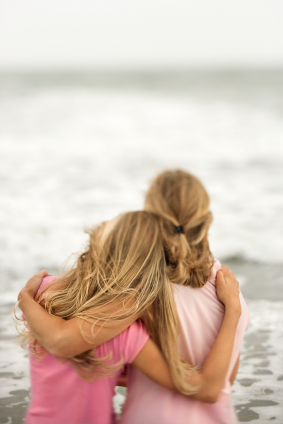 genuine guilt for hurting her daughter years ago and wondered what other hurts might be festering.

Family members who apologize to each other create a foundation of trust, safety and being able to clean up wrongdoings. This is necessary for marital partners, parents and children as well as for siblings.

A genuine apology not only has great power to undo harm, but it can also give away awareness as to how to avoid or deal with future conflicts. When spouses are able to take the necessary risk and apologize to each other for misdeeds, the relationship can move on. When children experience apologies first-hand from their parents, they feel better because their feelings matter.

Remind yourself of all the good things you have done as a parent including your well-made and well-meant apology. This may include forgiving yourself. When apologies are part of your family’s foundation, you are setting a positive and healthy tone with the people you care about most. Indeed sometimes love means having to say you’re sorry.