Skip to main content
Home > Help Me! > Topics > Repairing the Relationship > How to Avoid an Argument Before it Starts

To avoid an argument before it starts, don’t participate. This may sound obvious, but it isn’t. Otherwise we would never argue. Most arguments involve personality conflicts. Both personalities involved in the argument feel they h 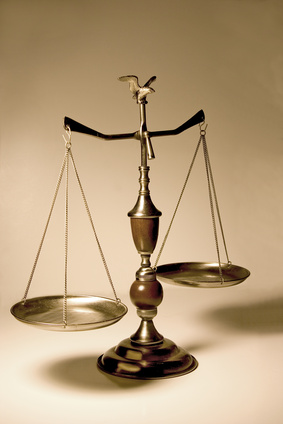 ave something to gain or lose in the outcome. According to this perspective, someone must win and someone must lose. In reality all arguments are losing situations for those involved.

Arguments create a loss of peacefulness and harmony. When people argue, an exchange of negative energy occurs. For some people, arguing is the primary method they connect with others. Sometimes, a person becomes an argument magnet, seeking out and attracting conflict because arguing gives them an artificial sense of power. Argumentative people may appear confident, but in reality they are feeling powerless. They do not recognize that power is internal, not external. Rather than working within themselves to understand their emotions, argumentative people seek gratification from proving they are right. A balanced person can choose not to participate in an argument. Emotionally balanced people have no purpose in arguing since balanced people are connected with their own personal power of love. Being at peace with oneself in a loving space eliminates the need for personality conflicts. Personality conflicts come from a need for control, which originates from non-loving emotions.

In my duties as a hospital chaplain, I met a mother and daughter who argued constantly. The daughter’s infant son had been admitted to the hospital for a severe respiratory infection. The baby’s grandmother and mother argued over how many bottles he had consumed, the exact hour he was admitted, what his temperature had been at the time of admission, etc. This mother and daughter had shared an emotional ordeal with a very sick baby, who was now recuperating. Rather than focusing on their love for the baby and each other, they chose to argue about trivial matters. The grandmother, who started most of the arguments, asserted her personal power in the only way she knew, by arguing. In the uncontrollable and stressful hospital environment, the grandmother exercised her control through arguing. This probably followed a pattern in the way mother and daughter related to each other day to day. Arguing prevented this mother and daughter from connecting with each other in a more loving way because personal power issues got in the way.

Every parent remembers the developmental stage labeled the terrible twos. This is the age when children throw tantrums and their favorite word is NO. During this developmental stage, children assert their power in an environment where they feel powerless. Adults control the lives of two-year-olds. Yet, an argumentative two-year-old can bring the lives of the adults around him or her to a temporary standstill. The next time someone attempts to argue with you, consider that this person is like an unreasonable two-year-old trying to assert power. Argumentative people usually feel a need for control in a world that is not in their control. We have no control over the emotions of other people, who choose to argue with us. We can control our responses in confrontational situations.

Whenever you are tempted to argue with another person, stop and reflect inward. Ask yourself why this issue is so important to you. Where is your anger coming from? Why are your emotions surfacing? The other person has triggered a response in you. You can choose how you will react to this response. Most people who argue are focusing on the other person, rather than themselves. Potential arguments offer you a golden opportunity to learn about yourself.

When another person triggers an emotional response in you, this reaction comes from memories of past experiences that are surfacing in the present. These memories of past events and experiences dredge up unresolved emotional issues. For most people this dredging up of old emotions is an automatic response. Automatic responses that originate in the past do not belong in the present. Acknowledge that other people trigger your emotional responses, but admit to yourself that these responses belong to you. Ask the Loving Universe to help you move with your emotion into a loving space in the present moment. By choosing not to be emotionally dragged into the past, you are choosing to be loving in the present. Feel love for the adult, who acts like a two-year-old in order to gain a false sense of power. Remind yourself that the most powerful force in the world is love. All it takes to avoid an argument before it starts, is love and self-understanding.

Cynthia Tierra is a Holistic Health Practitioner/Reiki Master Teacher and the founder and proprietor of Healing From The Heart in Sedona, Arizona. She assists people on their journeys towards healing and self realization. Visit her web sitehttp://www.HealingOne.net