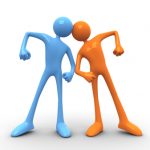 Given the complex nature of the mother-daughter relationship, conflict can often lead to all out fighting. If it does, here are some dos and don’ts for fighting “fair” which can help keep anything terribly hurtful from being said and may even lead to some kind of productive resolution.

1. Deal with the here and now.  What is the specific problem right now?  Given the long history between you and your mom, this isn’t easy but try to stick to the problem at hand (if there is a problem at hand…sometimes the fight may actually be about the history…if so, move on to #2).

2. Use “I” statements. By taking responsibility for your own feelings you avoid attacking your mother, and there is no arguing how you personally feel.

3. Be direct and honest about your feelings and what you want.

4. Listen and hear. Try to deal with your mom’s perceptions of the situation and her feelings as well as your own.

5. Attack the issue, not the person. Name-calling and verbally attacks put your mom in a position to respond angrily and defensively. This breaks down communication and destroys trust.

6. Focus on solving a problem/reaching a solution rather than venting your anger or winning a victory.Think win-win.

7. Deal with one issue at a time. It’s not fair piling several complaints into one session. Some people call this “kitchen-sinking” –  talking about everything including the kitchen sink!

8. Limit your discussion/fight to no more than 30 minutes. Long drawn out discussions/fights rarely reach resolution. Instead they just wear the participants out. And when you are worn out, the potential of saying or doing something you’ll regret is much greater. If you are unable to solve your problem in 30 minutes, it’s probably best to try to continue the “discussion” at another time.

9. Be willing to compromise. Give a little to get a little.

10. When necessary, take a time-out. Take a short break to cool off, calm down and get perspective. Think of it like pushing the “pause” button on a video. It’s an opportunity to restore calm and be more reflective instead of reactive. Use the time-out to reflect on why you feel the way you do and how to express yourself in a positive way. Then push “play” again and return to resolve the issue calmly. 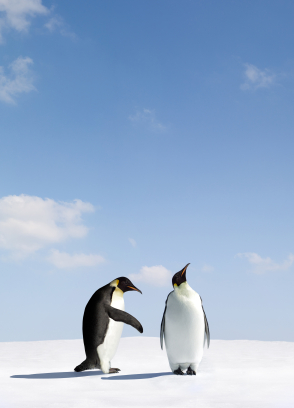 11. Ask questions that will clarify, not judge. A question should never begin with the word “why.” That will put your mom on the defensive — and we know that defensiveness stops conversation rather than continues it.

12. Apologize when you are wrong (and even if you aren’t). Apologizing when you’re wrong shows that you are trying. It can also be helpful to apologize for the fact that you fought and/or that your mom’s feelings were hurt. You are not accepting responsibility for the fight itself, if you were not wrong, but a general apology can help ease some of the bad feelings so that you can come to a resolution.

13. Agree to disagree. Sometimes that’s all you can do.

14. End every confrontation with a hug, if you can. Even just a touch on the shoulder can show caring and connection.

1. Don’t refer to past mistakes and incidences.

2. Don’t blame. Use “I” statements rather than “you” statements which automatically blame, making your mother defensive.

3. Don’t make comparisons to other people, stereotypes, or situations.

4. Don’t play games. Examples of games include: poor me; silent treatment; martyr; “if it weren’t for you…”; “see what you made me do”; and “if you loved me…”

5. Don’t involve other people’s opinions of the situation. (e.g.: “John’s mother agrees with me.”) The only opinions which are relevant at this time are yours and your mom’s.

6. Don’t make threats. Threats can back your mother into a corner and she may then choose the ultimatum in order to save face. You may find later, though, that you really do not want to carry out your threat.

7. Don’t say “always” and “never.”  (“You always…”  “You never…”) These are usually exaggerations and will put your mother on the defensive.

8. Don’t interrupt, talk over or make comments while your mother is speaking. Watch your non-verbal expressions too. Rolling eyes, smirking, yawning, etc. all work against fair fighting.

9. Don’t leave or hang up the phone without saying you are taking a break and will be back/call back when you’ve calmed down.

13. No belittling each other’s accomplishments or interests. No matter how small or odd they may be.

15. Don’t forget she’s your mother…whatever that means to you.