Forget sibling rivalry—how do you deal with a narcissistic mother?

The term narcissist is widely misused to mean something like “self-involved egomaniac,” but people with the psychological disorder actually lack a true sense of self. What looks like self-assertion is actually a search: To the narcissist, everyone else is a mirror in which she seeks her own reflection. (“How’m I doin’?”) Grandiosity, entitlement, and lack of empathy—characteristics of a performer, not a listener—are among the criteria listed for narcissistic personality disorder (NPD) in the psychological diagnostic manual known as the DSM.

According to Denver-based therapist Karyl McBride, author of Will I Ever Be Good Enough? Healing the Daughters of Narcissistic Mothers, an NPD mother treats her children—daughters, especially—as extensions of herself, trampling recklessly over their psychic boundaries. She casts her daughter as an understudy or co-diva or successor and then judges her performance as harshly as the mother imagines she herself is judged. She projects onto her daughter her own issues with beauty, seductiveness, and appearance, as well as with success in relationships and careers. Daughters are thus dragged into competitions, jealousies, and spotlights they never sought out. Narcissistic mothers and their daughters are “frenemies” without borders.

We all know these 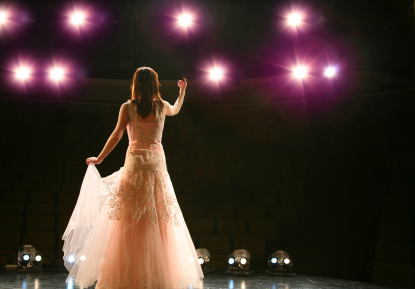 soul-crushing yet entertaining monsters from movies such as Gypsy, Terms of Endearment, and Postcards from the Edge. But McBride persuasively broadens the scope beyond the archetype. According to the American Psychiatric Association, around 1.5 million women in the U.S. have full-blown NPD, but McBride contends that narcissism is a “spectrum disorder” of widely varying intensity and that most people have some tendencies toward it. Mom may not be the worst monster in your life—she may not be a monster at all. But plenty of daughters will feel a shock of recognition if they go through McBride’s diagnostic checklist, whose 33 questions include, “When you discuss your feelings with your mother, does she or did she try to top the feelings with her own?”

Go to page 2 of article

Does this describe your mother? Take Dr. McBride’s narcissism survey.