Skip to main content
Home > Help Me! > Topics > Narcissism > Getting Over a Narcissistic Mother

How to get over your narcissistic mom.

We tend to throw around the descriptor “narcissist” when we really mean “selfish,” but the term can properly refer to someone who consistently exhibits narcissistic traits as well as to someone with a full-blown Narcissistic Personality Disorder. The APA estimates that 1.5 million American women are “official” narcissists, meaning millions more can be found on the lower end of that personality spectrum.

Karyl McBride, Ph.D., has spent more than 20 years studying and treating women who grew up with narcissistic moms. I interviewed her about her new book, Will I Ever Be Good Enough? Healing The Daughters of Narcissistic Mothers. Here’s an edited version of our conversation: 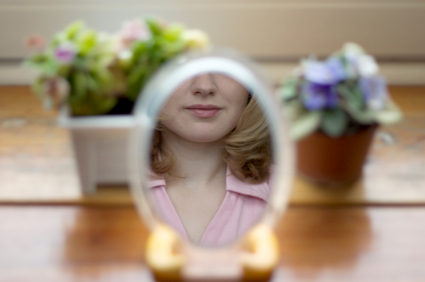 What are the hallmarks of maternal narcissism?

An inability to give love to, and show empathy toward, the child.

How would you describe the typical husband of such a mother?

The spouse has to revolve around her, often, in order to stay in the relationship. He may practically worship her. That means he may never help or protect the child who is being ignored. Some fathers I’ve talked to realize the damage being done to their child, but feel that they can’t do anything about it. Others seem to not be aware.

You found two typical patterns of behavior in daughters of narcissistic mothers.

Yes. There’s the high achieving daughter—I call her Mary Marvel—who appears to be perfect in all she does. One of the main messages that gets internalized when your mother is narcissistic is, “You are valued for what you do and not for who you are.” So Mary Marvel is constantly trying to prove to herself that she does have worth, by mastering different endeavors.

The other kind of daughter is a rebel. She’s an under-achiever who self-sabotages. She may end up on welfare or addicted to drugs or alcohol. It’s interesting, the two types look very different on the outside, but their internal landscape is similar. The self-saboteur also thinks she’s not good enough, but has given up on disproving it.

Buy “Will I Ever Be Good Enough?”