Skip to main content
Home > Help Me! > Topics > Moms & Teen Girls > You Say Your Daughter Isn’t Like You? Learning to Appreciate the Differences

By Janet from Michigan

When I first found out I was having a baby girl, I pictured her as a miniature version of myself:  dark hair and lots of it; hazel eyes.  She arrived with barely any hair and beautiful blue eyes.

I envisioned a sweet little girl who wanted to please her parents.  I got a child who was independent from day one and argued her opinions forcefully even when she was clearly wrong. (“No, mom, it’s not outer space.  It’s our space.”)

I thought she would be smart (finally, a match) and a good student.  But getting good grades was not something that motivated her. She did her schoolwork when and if she felt like it.

Funny.  I had worried about having a boy because I had grown up with two sisters and knew nothing about raising sons.  And here I was in foreign territory anyway. With a girl.

I never expected parenting to be easy. However, I have found that having a child whose personality and approach to life are different from mine makes it a little more challenging.  Since she is not a “mini me” and should not be, it is up to me to learn to understand and appreciate her.  After all, what moms do best is love their children unconditionally.

Okay, so what if she doesn’t like history or politics (my majors)?

She loves Shakespeare and biology.  So what if she doesn’t write outlines or think in a linear manner (like me)?  She has outstanding visual spatial skills and incredible musical ability (not like me).  She struggles with getting up in the morning and turns in homework late, but she is spontaneous and wisely seeks balance between work and play.

My daughter is someone who has been challenging the “status quo” practically from birth.  She has no tolerance for what she thinks are arbitrary rules.  (“Why does everyone say that you have to do well in school so you can get a good job so you can make a lot of money?  Why is money all people care about?  That’s just wrong.”)  Our society can be quick to discount people who think this way and who, in my view, make life difficult for themselves by refusing to toe the line.  I am not like that.  I work with things the way they are.  But my daughter has to do things on her own terms.  With a little luck and plenty of perseverance she will find people who will value her unique contributions, both professionally and personally.

There have been days when I have felt at a complete loss. Times when I wanted to run away from home.  Days when my daughter would yell at me “Mom, I’M NOT YOU!”  But when I could not calm myself down or put things in perspective, I was able to defer to my husband.  Thankfully, he does relate to her and understand her.  He can usually find the humor in the situation or at least be less emotional than I can be.

Ironically, my daughter and I are the same when it comes to keeping our feelings inside. This is where I 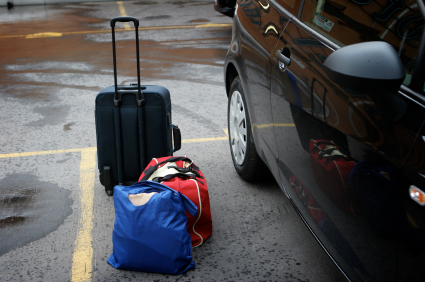 truly do relate, so I am the one who must be patient and wait until she is ready to talk.  And when we do connect it is a very special feeling–at least for me.  While we sometimes criticize each other, deep down there is mutual love and respect.  I have to believe that because in the fall she will be off to college and my job will essentially be done.

So where does that leave us?  Intellectually, I accept that my daughter is her own person.  But emotionally, I confess, I struggle with it every day.  When she barks, “You don’t get me, do you?”  I answer meekly, “No, I guess I don’t.”  It doesn’t mean I love her any less.  That I don’t appreciate her many qualities and talents.  I make sure she knows that I love her unconditionally and always will. That’s one thing she can count on. She will choose the path that’s right for her.  She will do things “her way.”  And I will be so proud.  As the French say, vive la difference!

A Dad’s Take on The Mother-Daughter Thing

By Husband of Janet from Michigan

My wife thinks that she and our daughter are very different and that’s why they often butt heads.  Funny, but I don’t see it that way.  In fact, when I told Janet that the reason she and our daughter clash is that they are the same, she could not contain herself:  “What?! You can’t be serious!”

So I had to cite some examples—for instance “You are both independent.  And you are both strong-willed.”  My wife replied, “Well, maybe now.  But I wasn’t that way when I was seventeen.”  I pointed out that it’s now that they are having the conflicts, not back when she was seventeen.  Obviously, that makes no sense.

Janet then probed, “So then why don’t you intervene when you see trouble?”  “Nope,” I said, “That’s when I run for the hills.  Why do you think I started taking those long bike rides?”  “Great,” she pouted, “Who is going to play referee 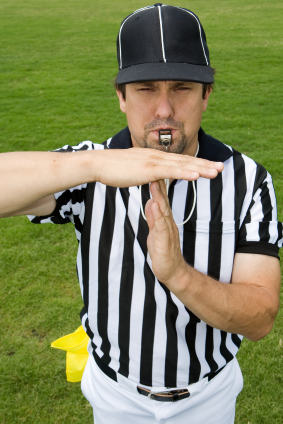 It’s hard to stand on the sidelines and watch the mother-daughter thing unfold.  Especially when your daughter is a teen and is doing what she’s supposed to do:  individuate.  My wife knows that separating is a good thing—it’s what we work toward for 18 long years.  I tell her to stop micromanaging and back off.  Our daughter is pushing the limits and that can be a real source of conflict.  Hey, I have my moments with her, too, but I am able to diffuse the situation with humor.  Maybe moms don’t always see the humorous side when things get tense.

My wife doesn’t like it when I tell her to stop nagging our daughter.  By repeating herself she teaches our daughter to ignore her mom—at least until mom starts yelling.  My advice is to be consistent, say it once and then follow through.  What’s the problem?

Now, I could have said all of this in one sentence, but Janet said I needed to stretch this out. The point is, my wife and my daughter are more alike than they realize.  And that’s why they fight.  That’s it.