Skip to main content
Home > Help Me! > Topics > Moms & Teen Girls > Are You Trying to Look Like Your Teenage Daughter?

Turns out that, according to a recent study by Temple University researchers, teens have more of an impact on what their 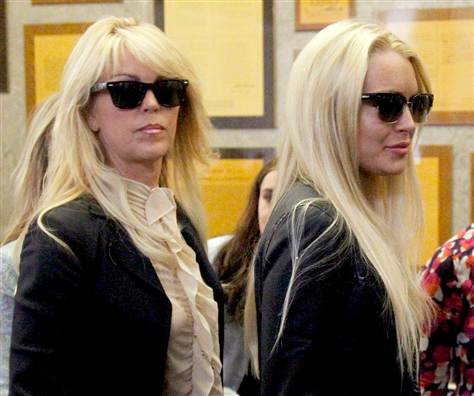 mothers wear and buy than their mothers have on them.

The study, published in the Journal of Consumer Behavior, included 343 mother-daughter pairs who completed questionnaires about their purchases of personal items such as clothing and makeup.  The average age was 44 for mothers and 16 for daughters.

The study showed that, while teen daughters resist dressing like their mothers, moms tend to feel younger than their age and express that feeling by buying the same clothes and products as their daughters.

“This finding provides initial support for the notion of reverse socialization and suggests that the impact adolescents have on their parents is much more profound than has been credited to them,” lead author of the study, Ayalla A. Ruvio, an assistant professor of marketing at Temple University’s Fox School of Business, said in a university news release.

This is bad news for teenage girls: While they’re vehemently trying to avoid looking like their mothers, it seems that their mothers are busy copying their fashion sense!

“Mimicking her daughter is like a shortcut to what is hip and cool,” said Ruvio, who was also surprised at how eager mothers were to look like their daughters.

“They really tend to copy the way they dress up, the things they wear,” she told LiveScience.com. “We did some interviews in a study published elsewhere, and [moms] told us they borrow items from their teenage girls. The teenage girls didn’t really like that.”

Teen girls do like when their moms look stylish and get compliments, Ruvio said.  But when these same teens are looking for older fashion role models to emulate, they tend to choose celebrities over their own mothers.

“The one thing the girls do not like is to look like their mothers,” Ruvio said.  “They’re trying very, very hard to establish a separate, distinct image of who they are, and then the mother goes out and mimics them.”

According to Psychology Today, “copycat” moms may, without knowing it, be communicating that they want tobe their teenage daughters and may be projecting an unintended level of envy.  This isn’t good for any mother-daughter relationship.  So, the message is…go ahead and dress in style, but just don’t try to dress like your teen!