Excerpt From “Tripping the Prom Queen:  The Truth About Women and Rivalry”
Page 2

Eventually, Elinor confronted Cynthia in an angry conversation that left both of them hurt and upset.  By mutual agreement, Elinor stayed away from the wedding, and the twenty-year friendship ended.  When I thought of how much the two women 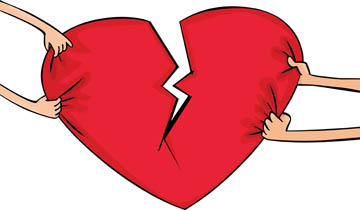 had meant to each other and how intensely each of them had approached this final encounter, I was shaken by the idea that female rivalry could run so deep.  What had seemed a friendly and useful competition had turned into a painful contest.

It wasn’t only my friends who suffered from female rivalry.  I remember when I was just sixteen years old, during spring vacation, being whisked off to an early lunch by my best friend’s brother, only to discover, to my astonishment and hurt, that she was expecting some college boys to drop by and didn’t want me there to compete with her.  When I started college at Sarah Lawrence, I soon noticed that while some of my classmates were indeed true friends, others seemed to resent that I had a boyfriend.  It didn’t help that Sarah Lawrence, a former girls’ school, included very few straight men among its student body — an early lesson in how competing for items in short supply often brings out the worst in women.

In graduate school, the stakes got higher, and the competition got stiffer, a trend that continued when I went on to vie for a limited number of academic jobs.  I always had friends and colleagues with whom I could have trusted my life — but I also found women who seemed to view not only me but all other female academics as their rivals.

This sense of rivalry became more painful when I divorced my first husband.  Many of the friends I depended on for comfort and support suddenly began to view me as a threat.  Some took me out to lunch to get the dirt, then dropped me soon after.  I think they found it disturbing that I had left my unhappy marriage while they were still committed to theirs. For other women, the threat seemed more immediate — twice I was told in no uncertain terms that I had better stay away from someone’s husband, despite my protests that I would no more go after a friend’s husband than I would stay friends with a woman who went after mine.

Thankfully, I also had some true friends who remained loyal and supportive during one of the most difficult times of my life.  To this day, I trust them implicitly, with the kind of faith you reserve for the people who have proved themselves under fire.  But I’ve also never forgotten the shock and disappointment of discovering how quickly those other friendships turned to rivalry.

Nor was the problem limited to other women.  Reluctantly I began to admit that I, too, had felt competitive, envious, even jealous of my fellow females.  I, too, had walked into a dinner party and done a quick tally of how I stacked up.  Was I as talented as the other women?  As pretty?  As prestigiously employed?  During my divorce, before I met my second husband, I, too, had looked longingly at the few women I knew who seemed truly in love, thinking, “Oh, to have what they have.”  I, too, had caught myself viewing my daughters with something close to envy for their youth and self-confidence, for the advantages their generation would have that were so far beyond my own.  I had even wandered through my local bookstore while I was working on my first book, checking out the other women writers, envious of their apparently secure place on the bookshelves when I wasn’t even sure whether I could find a publisher.

Meanwhile, of course, I was continuing to write about the topic that has preoccupied me for the last fourteen years: women. I wrote books about sisters, second wives, and women having affairs.  I met women who were struggling with their roles as daughters, mothers, workers, and lovers, seeking to create new identities for themselves, trying to make traditional arrangements work.  I talked to women from all ethnic backgrounds and social classes, from struggling Jamaican immigrants to the trust-funded descendants of Mayflower passengers.  Everywhere, no matter what other topics I was asking about, I found hints of a dark secret, a problem that everyone seemed to sense but no one was willing to talk about:  women’s rivalry.

When I went to the movies or watched television, I saw similar signs of trouble in paradise.  Although male friendships in the media abound — from buddy movies to the warm, collegial relationships among the guys on cop shows — I saw precious few portraits of female relationships.  The handful of examples that I did find rarely offered any sense of how women could form friendships based on love, trust, and a sense of separate identities.  In the romantic comedy “Jerry Maguire,” for example, female friendship is portrayed as a powerful obstacle to romance.  The heroine’s sister and her feminist friends sit around carping about how badly the men in their lives have treated them, trying to entice the younger, more hopeful heroine to join them.  But the heroine insists that she “just likes men” and eagerly forgives the wayward Jerry (“You had me at hello.”).  Her youth, beauty, and romantic success make her the envy of the other women, who clearly would rather bond over their common misery than help each other to find individual versions of happiness.

Although I had heard many real-life stories that echoed this negative image, I didn’t want to focus on such a dismal view.  I didn’t like feeling that I might be playing into the sexist stereotypes that had portrayed women as conniving little man-hunters; nor did I enjoy reliving my own painful experiences with female rivalry.  But finally, I had to face the truth: this was too central an aspect of women’s lives for me to ignore.  My next book would focus directly on jealousy, envy, and competition.  Perhaps by looking closely at this problem, I could help women find new ways to overcome their dark side and form healthier, more satisfying bonds.