Since the topic of jealousy is such a highly visited section of Motherrr.com, we thought we would include this very interesting excerpt from the book, Tripping the Prom Queen: The Truth About Women and Rivalry by Susan Shapiro Barash.  While its focus is primarily on how women (friends, co-workers, siblings, etc.) relate to one another, it also touches on the mother-daughter relationship and shows that jealousy between women (no matter who they are) isn’t as out of the ordinary as one might think.  Be sure to also check out other articles on this website that address jealousy between mothers and daughters more specifically.

Susan Shapiro Barash Looks at How Women Relate to Each Other 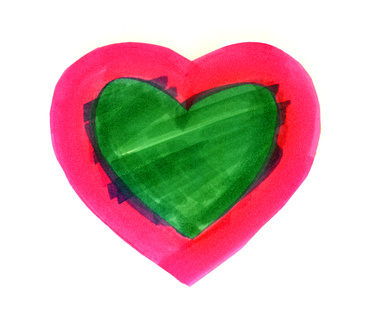 Susan Shapiro Barash is a professor of gender studies at Marymount Manhattan College and became fascinated by women’s relationship with each other.  Can sisters, mothers and best friends be jealous and supportive at the same time?  In fact she found that rivalry and envy often pervades female relationships.  The women’s liberation movement created more options for women, but it also seems to have created more competition, Barash said.

Facing the Dark Mirror
All my life, I’ve relied upon the kindness of women.

I had a terrific relationship with my mother, who supported my earliest efforts to explore the world and discover a sense of myself.  I had wonderful girlfriends, pals who were good for everything from a carefree shopping trip downtown to long, serious discussions about the meaning of life.  When I got to college, I was fortunate to find female professors and mentors who nurtured and challenged me while offering a wide variety of role models for how to make my own way in the academic world.  When I began teaching gender studies at Marymount Manhattan College, I found smart, interesting, and supportive colleagues with whom I could discuss the latest developments in our respective fields while sharing my feelings about the complicated business of balancing marriage, motherhood, and a career.  And as I watched my own daughters become lovely young women with a world of promise before them, I cherished the thought that they were so much more self-confident than I had ever been, and would have so many more opportunities than I’d ever had.

I knew that partial credit for my good fortune went to the women’s movement, which had proclaimed in the early 1970s the value of sisterhood.  Women, oppressed by men for generations, had finally realized that we needed to look out for each other.  Luckily, solidarity came without effort to our kind and generous natures, once we had seen through the dangerous illusions of patriarchy

OK, what’s wrong with this picture?

In fact, it’s all true.  I have been blessed with wonderful friends, colleagues, and family.  And the women’s movement has contributed enormously to our understanding of the kinds of bonds that women can build with one another.

But, like virtually every other woman I have ever met, I’ve also known the dark side of female bonding.  I’ve had conflicts with my mother, my daughters, my girlfriends, my colleagues, with women whom I thought were my friends, with women whom I learned not to trust.  I’ve been the subject of gossip, betrayals, backstabbing, catfighting.  I’ve found myself enmeshed in relationships marked by unexpected competition, envy, and jealousy.  And in both my own life and the lives of other women, I have seen how female friendship can be both empowering and disabling, a source of rock-solid strength as well as a mire of treachery, deceit, and misunderstanding.

I’m reminded of my friends Cynthia and Elinor, whose bitter falling-out sent shock waves through our entire circle of friends.  These two women had been close since college, having settled in the same midwestern city, and their blend of intimacy and rivalry seemed to work for them.  When Cynthia went into business for herself as a marketing consultant, it was largely Elinor’s mixture of support and prodding that had gotten her to take the leap.  A few years later, Elinor began thinking of setting up her own consultancy — and Cynthia was there to challenge and encourage her.  For nearly two decades it seemed that their friendly competition was actually good for them both, spurring each woman on to new achievements even as she continually measured her accomplishments against those of her friend.

Then Cynthia got engaged.  Both women had had brief, unhappy first marriages and a long stretch of relatively satisfactory dating, but when Cynthia found her new love, Elinor was going through a dry spell, feeling lonely and unappreciated.  The lack of male attention was particularly hard on Elinor, a stylish, exuberant woman who was known for taking center stage at any party.

Although Elinor herself didn’t particularly want to get married, she had a hard time watching Cynthia snag what society still considers a woman’s ultimate prize.  And when she learned that her wedding invitation was for one only, she was outraged.

“How can she expect me to show up at her wedding without a date?” she fumed to any of us who would listen.  “All of her other friends are married.  There won’t even be anyone there for me to dance with!  It’s her big day, sure — but does she have to rub it in that I’m alone?”

Cynthia, for her part, was deeply wounded that Elinor seemed more interested in her lack of dance partners than in Cynthia’s wedding.  “I’ve waited so long to find someone, and now that I have, she can’t even be happy for me,” she’d say tearfully to me and our other friends.  “Can’t she ever think of anyone besides herself?”