Skip to main content
Home > Help Me! > Topics > Jealousy > Jealous of Your Child

Over on Slate yesterday, a reader wrote to the Dear Prudence column, looking for advice.  She as 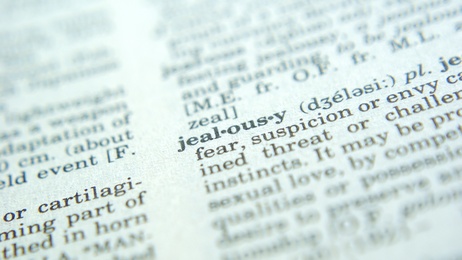 I am the mother of a tall, shapely, stunning, 17-year-old daughter … I have worked to help her be strong, secure, and happy with herself, and she definitely is (more than I was at herage and even now).  So what’s the problem?  Me.  Every time I look at my daughter, it hurts my self-esteem.  I know that’s stupid and irrational.  I’m happy that she is such an amazing creature, and I absolutely adore her and am proud of her.  I look pretty good for my age, but I’m almost 50.
Signed Supergirl’s Mom

In the initial telling of the Brothers Grimm story Snow White — about the young girl whose stepmother ordered her killed because she had replaced the older woman as the fairest in the land — the stepmother was actually her mother.  I mention this not because your feelings are despicable but because they are archetypal.

I have two sons, and the thought has occurred more than once over the years that this means I will not come face to face with a younger version of myself.  That, in turn, means I will not grapple with much of the baggage — regret, envy, pride, loss — that living with a dewy doppelganger can bring.  But earlier this week, while tagging along to “accepted student days” with my almost-college-freshman, I had a small taste of the complex dynamic I thought I’d dodged.

As I watched administrators parade choices before him — Study abroad!  Research the genome!  Use your dining points to order pizza! — and stayed out of his way while he met those who might become his lifelong friends, it took me awhile to identify my unexpected emotion.  Excitement for him?  Yes.  Sadness at his pending departure?  Yes.

But what was that other ingredient, flitting around the edges, coloring everything?