Learning how to listen can heal your relationship.

I was in my early 40s before I began to see my mother as a person, rather than as my own private critic. The transformation occurred when she was dying. The family had gathered at the hospital to say their good-byes, but she’d been whisked off for tests. After it was determined that the tests wouldn’t make any real difference, I took her back to her room. 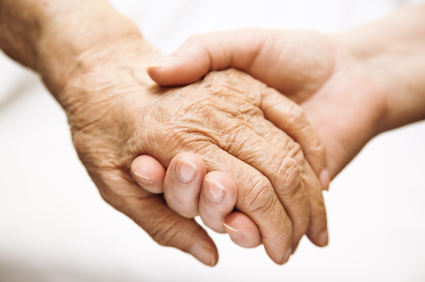 On the short elevator ride, a miracle unfolded. She looked deeply into my eyes, took my hand, and told me how much she loved me.  Then she asked if I could forgive her for all the mistakes she’d made as a mother.  Years of pain melted away in the time it took for me to say yes.  I was able to thank her for her love, and then to ask her forgiveness for all the times I’d pushed her out of my heart.  We entered that elevator like caterpillars and emerged as butterflies.

That metamorphosis helped me think back over our lives together with a new appreciation for who she was.  Like all human beings, she had her share of sorrows and disappointments.  And she was determined that my life would be better. What I had seen as years of biting criticism was her way of correcting my faults so that I could marry a wealthy man and be taken care of.  Her intention was noble, but wanting me to live her dream nearly destroyed the love between us.

Why do relations between mothers and daughters seem so much more fraught than between mothers and sons?  It’s in part because we don’t engage in the same dance of separation that boys do to find their own identities.  Research by psychologist Janet Surrey, PhD, and her colleagues at the Stone Center at Wellesley College found that girls develop a sense of self in relation to, rather than in opposition to, their mothers.  That very closeness can sometimes make communicating with your mother frustrating and competitive if she sees you as an extension of herself.

If you’ve ever fantasized that your mom lies awake at night thinking up ways to be gnarly and intrusive, you’re not alone. But here’s the scoop:  Most moms don’t pester their daughters out of meanness.  They’re actually trying to express love and concern.  If you can train yourself to look beyond the surface of what seems like nit-picking and criticism, you can develop a deeper relationship with your mom and separate from her in a healthy way.  Here’s how to deal with a mother who’s brilliant at zeroing in on perceived mistakes you make in work, love, even your appearance.