Mother’s Day can be stressful…

5 Tips on how to keep your mother from driving you crazy this one special day of the year!

When the Mother-Daughter relationship is challenging to begin with, Mother’s Day can exacerbate an already stressful situation. Therefore, here are 5 tips to help keep your mom from driving you crazy this holiday. These are 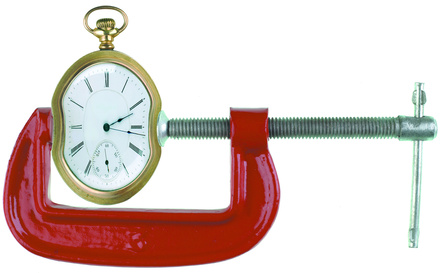 strategies that work other days of the year as well. Happy Mother’s Day!

1)      Keep it short, sweetheart – Limit the time you spend together if you can. 2-3 hours max is good. Try not to let your visit drag out all day.

2)      Be prepared – Your mother is your mother and she’s going to push the buttons she usually pushes. Manage your expectations and realize that your mother will criticize you, drive you crazy or do whatever she normally does. Just be prepared for this. Don’t expect otherwise. Also try to recognize that her behavior may actually come from a place of caring as well as from wanting to be needed and helpful.

o it – Get out of the house! Do an activity rather than just go to eat; this will give you time together without having to talk and then it will give you something specific to talk about later. This will help take the day’s focus off of you and your relationship. Attending a local play, movie, comedy show, flower exhibition, class (cooking, etc.) or going to a salon, botanical garden, zoo, museum, historical tour together will give you a shared experience to discuss later. If you have to spend time at home and can’t get out, then rent a movie, play a game, etc. Just stay active.

4)      Break the pattern –In preparation for Mother’s Day, think about when things break down between the two of you and when during the day arguments usually ensue. Is it when you first walk in the door (because she criticizes you right away?), when you are leaving (because she doesn’t want you to go), during cooking of the meal, during the meal itself, when certain topics come up? Think about those times and try to figure out a way to do them differently. For example, if she usually gets upset when you leave, talk about the next time you’re going to see her rather than just rushing out the door. That may lessen some of her anxiety and help the situation. Just try to do things differently and you may get a different result.

5)      Give a verbal gift – This is actually one of the best gifts you can give to your mother. Think about something your mother either did for you as a child or that she does for you now that you especially like and tell her about it and how much you appreciate it. Everybody does something right. It’s a nice gift to tell her that she will appreciate. This can help extend some healing and can maybe even lead to some positive changes in the relationship.

The most important thing to remember is that you are not alone in your feelings of anxiety and stress over Mother’s Day. It can be a difficult and emotional day when dealing with your mother. Give some of these strategies a try to make for a more peaceful day. They may not all work for everyone and in every situation. If one doesn’t work, just try another or try them in combination.

Certainly, the ideal mother fantasy is very rare indeed. Seeing your mother as a human being with hopes and dreams and challenges of her own is important. And remember, she’s your mother, with all her faults, and all you can do is deal with what you have.

Written by Barb Wilkov award-winning writer and Co-Founder of Motherrr.com.

The History of Mothers Day
By Joy Williams

The modern Mother’s Day was created by Anna Jarvis in Grafton, West Virginia, as a day to honor mothers and motherhood; especially within the context of families, and family relationships.Celebrating motherhood is a historical tradition dating back almost as far as mothers themselves. A number of ancient cultures paid tribute to mothers including the ancient Greeks and the ancient Romans.

In the United States, Mother’s Day experienced a number of failures before eventually becoming the more mainstream holiday that we celebrate today. In 1858, Anna Reeves Jarvis was the first woman to hold an official celebration of mothers, when in her home state of West Virginia, she instituted Mothers’ Work Day to raise awareness about local sanitation issues. During the Civil War, she expanded the scope of Mothers’ Work Day to include sanitary conditions on both sides of the battlefield.

Meanwhile Julia Ward Howe attempted to institute a national celebration of mothers that honored women’s inclinations toward peace. In 1872, she initiated and promoted a Mother’s Day for Peace, to be held on June 2, which

was celebrated the following year by women in 18 cities across America. The holiday continued to be celebrated by Bostonian women for another decade, but eventually lost its popularity after Howe stopped funding the celebrations herself.

In 1905, Anna Reeves Jarvis passed away, and her daughter Anna Marie Jarvis (both pictured on right), took up her mother’s cause. Anna vowed to realize her mother’s lifelong dream of creating a national day to honor mothers. In 1907, Anna launched her campaign by handing out white carnations to congregants at her mother’s church in Grafton, West Virginia. In 1908, her mother’s church gave in to Anna’s request to hold a special Sunday service in honor of mothers; a tradition that spread the very next year to churches in 46 states. In 1909, Anna left her job and dedicated herself to a full-time letter-writing campaign, imploring politicians, clergymen and civic leaders to institute a national day for mothers.

In 1912, Jarvis’ efforts saw tremendously successful results when her home state of West Virginia adopted an official Mother’s Day. Just two years later in 1914, the U.S. Congress passed a Joint Resolution, signed by President Wilson, establishing a national Mother’s Day emphasizing the role of women in their families. Since then, Mother’s Day has been celebrated by Americans on the second Sunday in May.

Perhaps the country’s greatest proponent of motherhood, Anna Marie Jarvis ironically never had children of her own. Yet that didn’t stop her from making the celebration of Mother’s Day her lifelong mission. In fact, as the holiday took on a life of its own, Jarvis expressed frequent dismay over its growing commercialization. I suppose she wasn’t a huge fan of the mothers rings that are so popular on Mother’s Day!