What personality type are you? 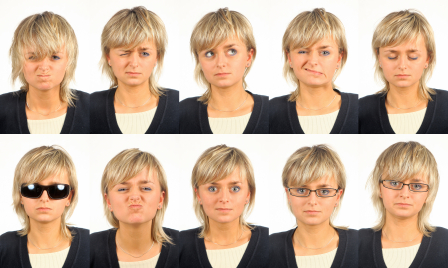 Mothers, Daughters and All Those Personalities
By Barbara Wilkov

I don’t know how many of you have taken the Myers-Briggs Type Indicator (personality test) and found out your four-letter type (I’m an ENFJ) but it can be very informative and helpful. We have a link to a shortened version of it on this page that you can take. I took it myself and came out the exact same as when I took the full length official test so, at least for me, it seems to be fairly accurate.

Over the years I’ve participated in two Myers-Briggs personality workshops for work. I find the workshops and  results to be fascinating. We usually think that the way we do things is the “norm” but then you come to find out that there are other people out there doing the complete opposite and thinking that’s the norm.

In each workshop I took, we first completed the Myers-Briggs test, which consisted of a long list of questions in several sections;
Extrovert or Introvert;
Sensing or INtuition;
Thinking or Feeling;
Judgment or Perception.
The answers help to determine where you fall on a continuum (you receive a score of 1-10) for each of the four different personality traits.

In one of the workshops, they then grouped us, one trait at a time, with people of similar numbers for each of the four personality traits. They gave us a task to do together to demonstrate the differences between how the extreme of that trait (the 8’s, 9’s and 10’s) performed the same task compared to the other extreme (1’s, 2’s and 3’s).

In one task (for the Sensing/Intuition trait) we had to describe a Sweet ‘n Low packet. The 8/9/10 group was very analytic and factual…”it’s a pink rectangular packet containing a white powdery substance used as an artificial sweetener.” That was it. My group (the 1/2/3 group) started out saying it was a packet filled with artificial sweetener, but our conversation quickly morphed into a discussion of how we actually preferred Equal, and how we really found Sweet ‘n Low to be too sweet, and how we really preferred tea to coffee and tried to stay away from too much caffeine, etc., etc., etc. We went off on tangent after tangent and before we knew it we were no longer even talking about sweeteners! Wow, I knew I often did that in real life, but now it was so clear that others with this same personality trait do it too…but those on the other side of that trait are so completely different. 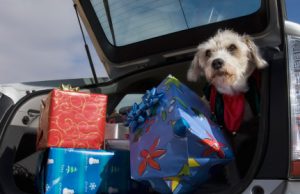 Another task had to do with how we would plan a vacation (this was for the Judging/Perceiving personality trait or our attitude toward the external world). On one end you had the people who would plan every single detail down to what they were going to do at 2:00 pm on the 2nd Tuesday of their 2 week vacation. Surely themail and newspaper were stopped weeks before the trip, plants and animals were arranged for, and no detail was left to chance. On the other extreme were those people who would just throw a bunch of stuff in the car and take off seeing where the car might lead them….plants and animals were left to fend for themselves with the mail and newspapers piling up (ok, maybe they’d drop the dog off at a friend’s on the way out of town at least!). I’m somewhere in the middle.

These kinds of personality tests are eye opening and I have found them to be particularly helpful in business. I’ve actuallychanged my sales technique as a result. I know that my own natural rhythm in a business meeting would be to make small talk at the start to break the ice and makes things more comfortable. Only then would I be ready to get down to business. This style works well for me because I like to focus on building relationships and interpersonal connections. But this doesn’t work for everyone.

In business meetings there are others who are very business-like right from the start and can even come across as impersonal and stand-offish. This is part of their personality. They need to get down to business right away. Some of these people then suddenly warm up at the very end when things are wrapping up, but others never warm up even at the close of the meeting. This is great information to note when you work in sales. I am able to adjust my sales presentation to fit the other person’s personality. Makes for a more productive meeting. This can also work well in job interviews and even in some social situations. When eating out at restaurants, for instance, some people need to order right away before they can do any socializing. But there are those of us who send the waiter away 5 times before even looking at the menu!

While I’ve used these personality test results in my career life, I had been slow at implementing them in my personal life.  Laurie (fellow Co-Founder of Motherrr.com) and I came to learn that these different personality indicators can also affect the mother/daughter relationship, and how understanding them might be beneficial.

For instance, my friend, Beth, had issues with her mother over the years; it seems like there was always a mis-match between them of sorts. Whenever Beth would come home when she was younger her mother would meet her at the door anxious to hear all about school, the dance, or her life in general. This is typical of anextrovert (energized by the outside world, they focus on people, interactions, and tend to be verbal and like to share information.)

Beth, though, would come in and immediately go to her room. She “needed” to spend time alone to transition and process the day/event before she could share anything with her mother. This is typical of an introvert  (energized by their inner world, they focus on thoughts, are reflective and need to let ideas ruminate before sharing.)

Beth’s mother ended up feeling disappointed and rejected by her daughter and Beth ended up feeling like her mother was being over-involved, pushy and needy. Definitely a conflict. But a lot of the problem had to do with the fact that Beth is an Introvert and her mother, on the other hand, is an Extrovert. Maybe if they understood that back then (or could even try to understand it now), they could find some way to work around these differences. Or, at least, maybe they wouldn’t end up feeling so rejected, ignored, smothered, nagged, etc.

Personality differences such as these can actually exacerbate other mother/daughter conflicts and make things worse. Trying to explore and understand how some of these differences may lead to miscommunications, disagreements or hurt feelings between you and your mom can potentially help your interactions and, ultimately, your relationship.

An interesting side note: The Myers-Briggs Type Indicator (MBTI) was developed by a mother-daughter team! Katharine Cook Briggs and her daughter, Isabel Briggs Myers, studied the ideas of Swiss psychiatrist, Carl Jung, and applied them to understanding human personality differences. Yay, for this mother-daughter team!

Once you take the test
Click Here to read about how these personality differences might affect your mother-daughter relationship.