Blame is the act of charging some personal injury to other people or to oneself.  It is meant to fix responsibility for

wrong doing or what went wrong.  Blame is about finding and fixing fault, and it is acted out between parent and adolescent in a powerful variety of ways.

What with the separation, opposition, and differentiation of adolescence, parent and teenager experience more free-floating irritation with each other than before.  Consequently, there is ample criticism to go around.  Who blames who for what?

Parent can blame teenager for making mistakes, committing misdeeds, not thinking ahead, not acting more grown up, not remembering, not working hard enough, not paying attention, not keeping agreements, not behaving responsibly, for being messy, moody, impulsive, thoughtless, inconsiderate, selfish, unappreciative, manipulative, uncooperative, and rude.  And the list goes on.

Teenager can blame parent for not listening, not understanding, not permitting, not trusting, for being embarrassing, ignorant, overprotective, unreasonable, unrealistic, impatient, critical, always worried, tired all the time, being behind the times, being too busy, too bossy, too serious, hard to talk to, too talkative, distant, intrusive, demanding, and over-reactive.  And the list goes on.

It’s hard to remember, during this more strained period in their relationship, that what each needs from the other is not criticism from blame, but praise for the teenager and appreciation for the parent.

Particularly when close in age and same sex, adolescent siblings can have a lot to fight about – who’s right, who wins, who gets what, what’s fair, who goes first, who’s in charge, and that wonderful blame question that weary parents often ask, “who started it this time?”

“He did!” explains one.  “Did not, she did!” replies the other.  And as the parent inquires further, each adolescent cites more historical cause to blame the other until sourcing the conflict results in a standoff.  Thinks the parent, “to find out who started this fight, we’re going to end up going back to year-one, and I don’t have time or energy for that.” Since conflict requires the mutual cooperation of both parties to create and maintain the opposition, it is best to hold both accountable for this shared responsibility.

Blame never resolves conflict; it only protracts conflict by inflaming whatever grievance is involved.

Blame can be used to accuse the other in order to excuse oneself.  Casting blame becomes a way to disown responsibility.  For example, the parent says to the teenager, “You made me angry, that’s why I said what I did!”  No, anger, and how the person chooses to express it, is up to the person who elected to feel angry.

Or consider the student, recently flunked of college, who blamed his incapacity to stay engaged with study on the professors who were so “boring.”  There was no responsibility taken for his lack of discipline and sincere disinterest.

There is also blaming the victim when the perpetrator holds the attacked responsible for the attack to justify the violence done.  Now blame becomes the excuse as scapegoating occurs.  “She was asking for it, dressed that way!”  “He had it coming for looking like that!”  When it comes to social violence, blame has a lot to answer for.

One parent put it well to their teenager:  “Blaming others is no excuse for doing others harm.”

For example, feeling that her best efforts to support achievement are being frustrated by her teenager’s failing grades from falling effort, the parent strikes back, “You’re a loser in school and you’ll be a loser in life!”  Or angry over the loss of his dad due to divorce, the adolescent strikes out at the remaining parent, “You’re nothing but a nag, no wonder he walked out on you!”  Cutting words can create lasting wounds.

Link blame with name calling and a lot of punitive damage can be done.  So the watchword is, never couple name calling with blame.

Blame directed toward oneself is experienced as guilt.  Sometimes this indictment is warranted.  “I did what I shouldn’t, I caused a lot of hurt, I feel terribly sorry, I take total responsibility for my actions, and I will make up for it as I can.”  There is such a thing as responsible guilt.

At other times, however, this blame is misdirected as when assuming guilt excuses others from their share of responsibility.  For example, consider the strong-willed early adolescent who has become a lightning rod for conflict at home and sadly confides in counseling, “I cause all the trouble in the family!”  “How do you know?” I asked.  His guilty answer:  “Because my parents tell me so.  They say I’m nothing but a problem!”

Or consider the parent who is an automatic apologizer.  Whenever anything goes wrong for anyone in the family, she immediately assumes it must be something she did or didn’t do and so declares, “I’m sorry, it’s probably my fault.”  (At the opposite extreme is the parent who is forever blameless, who won’t admit, much less apologize for, ever doing wrong.  This is a very frustrating parent for an adolescent.)

Automatically assume guilt when others are suffering and you risk inviting any blame they are inclined to give.

Another risk of blaming others too much is engendering helplessness in oneself.  When your unhappiness is entirely someone else’s fault, you have no power of choice and they have total control.  For example, suppose parents blamed their teenager’s temper for tyrannizing the family, tip-toeing around to avoid her emotional explosions.  Avoiding 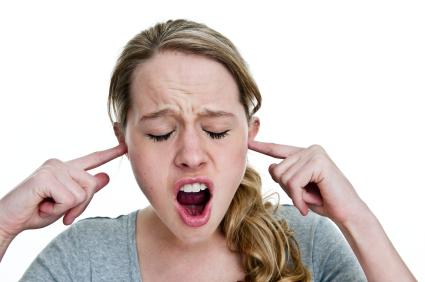 confrontation, they complained there was nothing they could do except to live at the mercy of her angry terms.  This is what extreme blame can do.  Make a villain of the teenager and parents victimize themselves.  Giving up their share of responsibility, they gave unhealthy influence to her.

Or consider the older adolescent who believed “there’s no point in working hard to get ahead.”  “Why is that?”  I asked.”  And then he talked about how unfair the world was, how life was stacked against him, how he would never get an even break, blaming unjust circumstance every way he could.  He was not misperceiving.  The social prejudice and discrimination that he saw and had experienced were painfully real enough.  But with each statement of blame, he cast off more personal responsibility until he had reduced himself to a state of angry helplessness.  And now disabling resentment ruled.

Blame can be self-defeating when it keeps you from trying.

Unhappily, people who carry some unexpressed resentment from one experience (say a punishing day at school or at the office) may bring that anger home looking for someone to blame.  They want to unload to feel better, while the target of their anger is destined to load up with hurt and feel worse.  Except in once case it didn’t work out that way.

The youngest teenager, the only one of three who was unafraid to take on her father, saw the fury on his face when he walked in the door and said, “Dad, just ‘cause you’ve had a hard day doesn’t mean you have the right to get on everybody’s case.  You come home at night just looking for a fight.  Why don’t you stop using us to get your anger out!”  Brought him up short, she did.  And that’s what brought the family into counseling.

Blame can be used as an excuse to ventilate anger, and in the case of choosing to hold a grudge, can install ongoing cause for resentment.