Skip to main content
Home > Help Me! > Topics > Daughter as Caregiver > “I secretly wish my elderly mother would die”

Occasionally, someone on the AgingCare.com forum will say that they secretly wish the parent for whom they are caring would die. The parent is sick, miserable and hard to care for. The caregiver wants her or his life back. Of course, those who admit they have had this thought wonder if that makes them a terrible person. 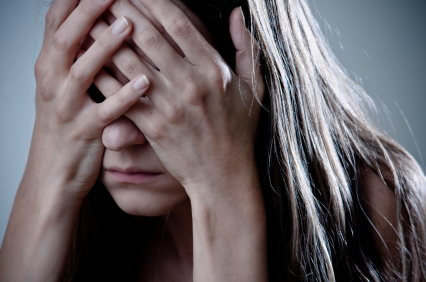 Most of these people are decent folks who love their parents. What has happened is they have taken on the role of caregiver, as so most of us do, out of love. Our elders need us, so we hop in without a thought. We have no idea that this role could last for years, or even decades.

Let’s say a widowed father has a stroke. The family goes into crisis mode. The doctors bring him through, and then what? He’s disabled and can’t go home alone. The family doesn’t want Dad to go to a nursing home, so the daughter who lives in town makes some adjustments to her home and takes dad in with her. Everyone is on an adrenaline high.

Then reality sets in. The daughter who is caring for her dad is left alone as siblings go back to their lives. She manages her teenagers, her part-time job and her dad’s many doctor appointments, therapy appointments and daily care, while getting help through only a couple of hours a week of in-home care.

Her teenagers begin to resent their grandfather as a sick intruder. They resent their mother who seems too busy for them. Her work slips and her employer criticizes often. Her husband is annoyed more often than not.

Still, the family says, “We can’t put Dad in a nursing home.” The caregiver agrees and keeps on keeping on. Her life as she knew it has disappeared.

She starts to have fantasies that her dad will soon die. While at one time she would have been devastated by his death, she feels now that so much of him is gone he isn’t really Dad anymore. She knows he has pain and is depressed. The doctors have done what they can. The caregiver starts thinking how nice it would be if Dad just went to sleep one night and didn’t wake up. She believes that, then, she’d get her life back.

Guilt nearly overwhelms her when she has these thoughts. But is she so abnormal or terrible? She has, in many ways, lost much of her dad. Added to that, she’s taken on a huge role as a caregiver. In reality she has taken on another full time job.