Skip to main content
Home > Help Me! > Topics > Daughter as Caregiver > Families on the Brink: What to do about Mom and Dad?

ABC News Special Series, Families on the Brink
Round-table Discussion on How to Help Aging Parents

ABC News – Families on the Brink:  What to do about Mom and Dad?

As the baby boom generation approaches retirement age, millions of Americans are facing one wrenching question: What to do about Mom and Dad? 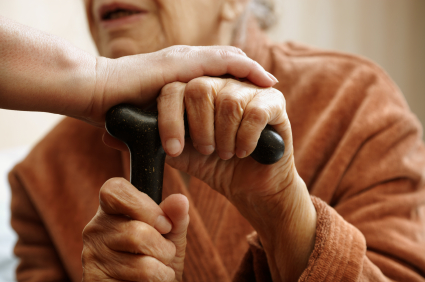 The country is approaching a “silver tsunami,” as millions of families reach a new stage of life.  According to AARP, there are almost 66 million family caregivers in the United States — nearly 30 percent of the entire U.S. population.  Seven out of 10 care for older adults.

This week, ABC World News with Diane Sawyer launches a special series, focusing on the sensitive issues surrounding eldercare.  As part of the series, Sawyer hosted a roundtable on the subject (see video above) with Virginia Morris, author of How to Care for Aging Parents; businesswoman Martha Stewart, who partnered with Mount Sinai to open an eldercare center in 2007; and noted geriatricians Neil Resnick and Marie A. Bernard.

The group discussed everything from driving to medication to the stress that’s placed on caregivers.

Resnick, of the Institute on Aging at the University of Pittsburgh, said the most telling statistic about U.S. caregivers was that they bear more than $200 billion a year in caregiving costs.

Bernard, deputy director of the National Institute on Aging, said that many caregivers had health problems they ignored. She said research showed that after receiving training on their relative’s disease, caregivers’ pressures and depression tended to decrease.

“Much of what caregivers’ stress results from is a sense of impotence, in addition to guilt and frustration,” Resnick said.  “A lot of that impotence is, you look at mom and dad and say, ‘You’re going downhill and I don’t know what to do.'”

But, much of what caregivers interpret as downhill is fixable, he said. “Much of it is due to medications’ side effects. … Diseases undetected. … Things that haven’t been detected but for which steps can still be taken,” Resnick said.  “When those steps are taken, mom and dad are nowhere near as bad off as they looked a minute ago.  They are now much better and the caregiver’s stress goes down dramatically.”

Morris, whose book is considered by many as the bible of elder care, said that caregivers get so focused on “I don’t want her to die” that they forget to enjoy life.

“Whether it’s having a pet or a garden or a grandchild to talk to — these little tiny things sometimes can make you feel like you succeeded too,” she said.

In 2011, 77 million baby boomers will begin turning 65 in a wave that’s been coined “the silver tsunami.”

“Who’s going to take care of them?” said Stewart, a TV host, author and magazine publisher.  She helped open the Martha Stewart Center for Living, which was dedicated to her mother.  “We only have about 7,000 or 8,000 geriatricians in America.”

She and Resnick said that number was decreasing.  Resnick said that less than 3 percent of U.S. physicians received an hour of training in geriatrics.  “The nursing assistants who take care of our oldest and frailest, who are in nursing homes, have about the same amount of preparation to do that as a school crossing guard,” he said.

“It’s not so much about aging and getting sick,” Stewart said.  “It’s about how we are going to cope with getting older and still live, and who’s going to teach us how to live a healthier life as we age.”

Read rest of article (page 2) and watch more videos:
including The Elderly and Driving, Prescription Problems,
Staying at Home, Having ‘The Conversation’, and Family Tension