By Dara Chadwick
Author of You’d Be So Pretty If…Teaching Our Daughters to Love Their Bodies–Even When We Don’t Love Our Own
PsychologyToday.com

We can break the mother-daughter body loathing cycle.

Did you happen to catch the results of the latest body image survey by Glamour magazine?  The survey asked nearly 300 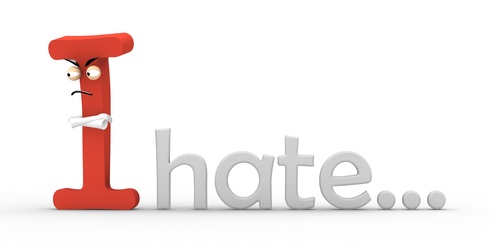 women of all sizes to reflect on how they think about their bodies in an average day and, according to the results, 97 percent of those women admitted to having at least one “I hate my body” moment in the course of an average day.  In fact, the average number of daily negative body thoughts per woman was 13, according to the survey.

Shocking!  Or is it?

It’s no secret that we ladies like to put ourselves down, and our bodies are usually a prime target for our abuse.  Get any group of women together and it likely won’t be long before the conversation turns into a full-on body-bashing session.  It’s the female equivalent of bonding over sports talk.  Beating up on our bodies, it seems, has become a socially acceptable way to feel part of the group.

How twisted is that?

Glamour editor Cindi Leive put the dysfunctional nature of women’s relationships with their bodies – and how they speak to themselves about their bodies – beautifully when she told the TODAY Show, “If a man talked that way to a woman, it would be considered relationship abuse.”

Indeed.  And just think about the impact that our words about ourselves have on our daughters.  From us, they learn that being a grown-up woman means putting yourself down, pointing out your flaws to friends and never admitting – to your friends, at least – that there might be things you actually like about your body.

In my book, You’d Be So Pretty If…, I spoke with mothers, daughters and experts about the effect that our words and actions toward our own bodies have on our girls and their developing body image.  This negative cycle gets passed down in a dark legacy that leaves too many of our daughters hating who they are.

Of course, negative thoughts occasionally have their place.  If feeling bad about your lax gym habits and the effect they’re having on your body gets you to exercise regularly or make healthier food choices, that’s not necessarily a bad thing.  But a near-constant stream of insults or multiple negative thoughts – like many of the women surveyed reported – is less likely to encourage positive habits and more likely to encourage self-loathing.

In thinking about the dysfunctional relationship that so many women have with their bodies, I’m reminded of the marriage research done by Drs. John and Julie Gottman.  They found that “successful” marriages generally have a ratio of five to one positive to negative interactions.  Think about that:  Five to one.

What would happen if we applied that science to our relationships with our bodies?  For every negative thought we have about our bodies, we have to think of five positive things about it.  For those ladies who reported the average 13 negative body thoughts, that’s 65 positive body comments each day.  Could you do it?

That’s my challenge to you, readers:  For every negative remark you make about your body, try to think of five positive things.

Let me know how it goes.