By Lynn Marie Sager
“We were given two ears but only one mouth, because listening is twice as hard as talking.” 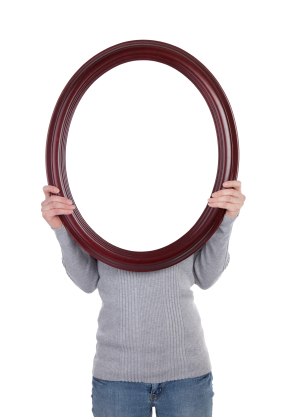 I often ask my clients to listen to reality television and talk shows featuring troubled relationships.  I like them to listen carefully to what people are saying, using a principle called reflection.  This principle simply states that what people think, see, and say about others reflects their personal and sometimes limiting belief systems.  In other words, what people say about others, says everything about them.

We all have belief systems; habitual patterns of thought and behavior that color our actions and inform our world. Many problems, both personal and communal, can be traced to limiting and/or conflicting belief systems.  Clients can only improve their lives after they have become aware of any limiting belief systems and learned to expand them. Unfortunately, most people are so attached to their beliefs that they can’t really see past them, let alone question them. While teaching this principle to my clients, I find that nearly all of them immediately see its significance, but few actively use it on themselves and it can be dangerous for them to use it on their relationships until they have done so.  Hence, I have come up with a way for them to practice safely, using reality television.

Following my own advice, I recently watched a talk show featuring a family of five.  The children and father had “turned in” their mother for perfectionism.  They wanted her to “loosen-up” a little and not be so “militant” with the housekeeping. The show played a tape of a typical morning, wherein the son was made to remake his bed twice in order to meet his mom’s high standards and each pillow had to be placed and fluffed “just so.”  When asked about her behavior the mother declared, “I’m just trying to show my kids that there is a right way of doing things…I want them to get used to what it’s like in the real world…there is always somebody looking over your shoulder.”

Wow, this woman believes that there is only one right way of doing things.  This woman always feels that someone is looking over her shoulder.  This woman never questions what she perceives to be the real world.  No wonder she is driving her family and herself crazy.  I’d go crazy too if I lived in a world where there was only one right way of doing things, and somebody was always looking over my shoulder.  How do I know all this about a woman that I have never met?  I listened to her using the principle of reflection.

How can you use reflection to clarify your life?

The next time you feel upset by what someone says about you, remember that what people say about you is never an accurate reflection of you.  What people say about you is really a reflection of them.  When people complain about you, they are really saying something about who they are and what they believe.  Their words are clues to the struggles that they are having inside.  So instead of just hearing the words that others use and instantly feeling defensive, you should try to listen to the messages behind their words.  When you understand what others believe and  intend, you can act upon their intentions with understanding.  In fact, once you truly incorporate this principle into your belief system, you will no longer get defensive because you will know that people are never talking about you; words invariably reflect more about the speaker than the one spoken of.

And whenever you are frustrated with someone else, remember that any frustration you feel is usually a reflection of something lost inside of you, something that wants to be made whole.  Make yourself whole, and the frustration goes away.  Follow this rule, and you will actually begin to see life’s frustrations as divine gifts designed to help you understand yourself.  In other words, listen to what you say about others. What you say about others says everything about you…

Lynn Marie Sager has toured over two-dozen countries and worked on three continents.  Author of A River Worth Riding: Fourteen Rules for Navigating Life, Lynn currently lives in California; where she fills her time with private coaching, public speaking, and teaching for the LACCD and Pierce College.  She runs the Navigating Life website, where she offers free assistance to readers who wish to incorporate the rules of worthwhile living into their lives.  To read more about how you can use these rules to improve your life, visit Lynn’s website at http://www.navigatinglife.org