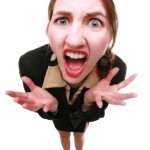 The mother-daughter relationship…well…what can we say?  Sometimes our readers say it best.  Below are some real life stories from our readers:

Contributed by Michelle Morgan:
While I was always close with my father, the normal bond I saw between my friends and their mothers never existed with my own mother.  I was the youngest of three and from the time I was five I felt “different” due to the way she treated me as opposed to my older sister and brother.

I spent more than half of my life trying to make a relationship with her and half trying to put space between me and my mother to avoid the pain of her remarks and the fighting. My siblings said nothing when she went on a tirade and I learned early it was easier to avoid her than confront her.

As a teen, many of my friends would not come to my home due to the way she treated me.  I didn’t get it.  I got good grades, I didn’t get in trouble for fear of what would happen and yet I was the constant thorn in her side and often the object of her anger.

As an adult I learned from relatives and acquaintances that she often told them things about me that were flatly untrue.  Terrible things.  She went so far as to tell things to my own children who were young and impressionable.  I became so angry with her for telling lies about me that I cut her completely out of my life for long periods of time.

As I reached middle age, my relationship did not improve with my mother but I had resigned myself after many years of reflection and therapy to make peace with myself if I could not with her.

All of our lives changed drastically over the last summer.  My sister suddenly moved my mother into her home and told none of us.  I knew something must be wrong but my sister not only did not tell us mom was suddenly living in her home but would not talk about what the catalyst to this move was.  I had always envied their relationship which try as I might, I was never able to attain with mom.

After weeks of silence and no answers I decided to go to my sister’s home and see what the issue was.  What I found was at once devastating and cathartic.  My mother was delusional.  She thought demons were after her and she was the angel of mercy.  I tried to calm my mother who was very agitated when I got there but nothing helped.

I convinced my sister that she needed to be evaluated at a hospital.  My mother had often told grandiose stories and I just labeled her a liar in my mind.  While listening to the doctor who saw my mother, the pieces began to fall into place.

My mother was diagnosed with schizophrenia.  How could I not have realized how serious her behaviors were for so many years?  I was educated.  So many times in anger I had said my mother was “sick” due to things she said or did to me but hearing those words from a doctor did not validate me as much as they stung.

I felt I had let her down by walking away and not pushing to find out WHY she had done so many things in the past.  I was overwhelmed with emotions at this revelation but at the same time I was relieved to finally understand.  What I had grown up in, I never questioned as being abnormal.  It was what it was.  It made sense looking back how she could “lie” and defend her words as truth.  They were truth in her mind.

I also found myself hurting that I had given up for so many years when I didn’t realize she was sick.  The guilt was terrible but I decided at this stage there wasn’t time for worrying about water under a long ago broken bridge.  It was time to forge a new relationship.

My sister had great difficulty seeing mom in this new light insisting that the psychiatrists and doctors must be wrong and minimizing the issue.  We had many talks late into the night.  Slowly she began to concede as we went over incidents we had witnessed as kids that it was not as normal in our home as we once thought and that my mother was indeed ill.

Since I work with dual diagnosed and have witnessed psychotic breaks like my mother had, I took over the reigns informing and enlightening my sister who didn’t like the thought of medication to manage her delusions.  I explained that while it might seem cruel to put her on anti-psychotics and sedatives so late in her life, the alternative would by far impose on her quality of life at this late stage.

I explained that her agitation going on for days on end (at one point prior to going to the hospital she had been up for nearly 6 days with little sleep screaming that demons were trying to kill her great grandchildren and her) would take a toll on her overall health and her heart.

I found material for my family to read on the subject.  Slowly through all of the chaos of those weeks that followed her being admitted to the hospital and coming home, I watched my family begin the process of healing.  It was tentative at first but slowly we all came to see each other in a new light and I also found myself coming to terms with understanding the woman my mother was.

It is not an easy road to walk but we are finally finding peace we sought for so many years. 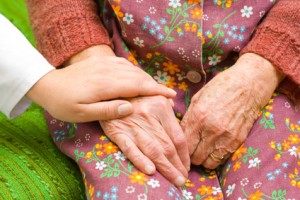 She gave birth to you. She nurtured you all these years. She fed you, clothed you, listened to your heartbreaks and headaches. And she guilt trips you like no one else you know. You love your mother, but … she drives you crazy. In her book Mama Drama, author Denise McGregor shows women how to free themselves from the hysteria that defines their relationship with their mother.