Today, young women have many more options than their mothers and grandmothers. They can become professionals or stay at h

ome moms; choose to marry or not; become moms or remain childless. Inevitably, these choices are difficult and often accompanied by self-doubt and regret. But just when they need all the affirmation they can get, their moms, the woman whose support and approval they crave above all others, turn critical and questioning, often leading to tension and tears. A desire to understand this phenomenon inspired freelance writer Julie Halpert to join forces with Rutgers sociologist Deborah Carr, Ph.D., to write Making Up With Mom: Why Mothers and Daughters Disagree About Kids, Careers, and Casseroles (and What to Do About It). They interviewed nearly 100 moms and daughters from all walks of life, focusing on three core issues—dating/marriage, career and child rearing. Tips and observations from more than two dozen therapists they consulted are woven throughout the book. Jewish Woman spoke recently to Julie Halpert.

Q: Why did you decide to write the book?

A: When I had children of my own and started looking at my life and realizing how different it was from my mother’s. I’m juggling a lot between working and raising children. My life is far more chaotic than hers. She would come in and be critical of things — from how I decorated my house to the food I hurriedly prepared. She felt I should be more firm with my children and that they were often running amuck. It was stressful! It made me think: Are other women going through what I’m going through with my mom? I found that I was not alone. This is definitely a generational issue.

Q. Do you think the mother daughter bond is the closest relationship we experience in our lives?

A: I really do. In many ways it’s closer than the father daughter bond. I think mothers see in their daughters an extension of themselves and want their daughters to be a lot like them. Daughters often turn to their mothers for advice and look up to them. There’s a lot of passion attached to that relationship. Also women tend to communicate their feelings more in a way men often do not. There’s that whole dimension to it. It’s definitely a very tightly knit bond, which makes this issue more complicated.

Q: Haven’t moms and daughter always had areas of disagreement. How is it different today?

A: It’s different today because it’s a unique point in time when the lives daughters are leading today are so different from the lives their mothers led. For example, the advent of the birth control pill gave women the cho

ice of when to have children, how many children to have. The incredible advances in the workplace gave women choices today that their mothers couldn’t have dreamed of. That has also evolved into marriages that are more like partnerships, where men take on far more domestic responsibilities than they used to. Children are raised in affluence as a result of both parents working. There are so many situations that make women’s lives today so different than their mothers. That creates an issue because the mothers often can’t relate to their lives. Daughters often feel the mothers can’t empathize with them so they tend to shut them out. They are also trying today to do everything and do it well so when their mothers try to be helpful and offer advice, they will often snap back “You just don’t understand,” and interpret it as criticism.

Q: What is most surprising thing you learned in your research?

A:  A few things. The main thing we learned, is that even in the most contentious relationships mothers and daughters crave nothing more than each other’s respect and are often frustrated because they don’t know how to get it. What underlies all 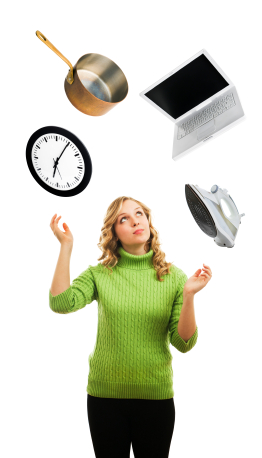 of this is that women want their mothers to love and respect them and honor their choices and mothers really want to feel needed and loved by their daughters. The other thing is, which is kind of surprising for us, on the work front, we just imagined that women who stayed home a generation ago to raise their daughters would automatically want their daughters to do the same thing, but we found that in many cases quite the opposite. Women who stayed home now want their daughters to take advantage of all the opportunities that there are in the workplace. If a woman today made a choice to stay home or have a more laid back career, their mothers often were not happy with that. They felt that their daughters were taking these new opportunities for granted. Even when the daughter did work but didn’t necessarily have a high-paying career, the mother wanted her to do something more prestigious or lucrative, so she could support herself and not have to rely on a man, the way she had to.

Another interesting thing we found out is about women and their mothers-in-law. Typically the mother-in-law has been demonized. These days what we found is that often, when a woman had a contentious relationship with her own mother, the one with her mother-in-law was warm and supportive, probably because it didn’t come with the emotional baggage.

Immigrant daughters, especially, often had big divisions with their mothers because the mothers were raised in other countries and came to the United States. We found that if the daughter was married to an American she had an easier time relating to the American mother-in-law than her Old World mother.

Buy Making Up with Mom